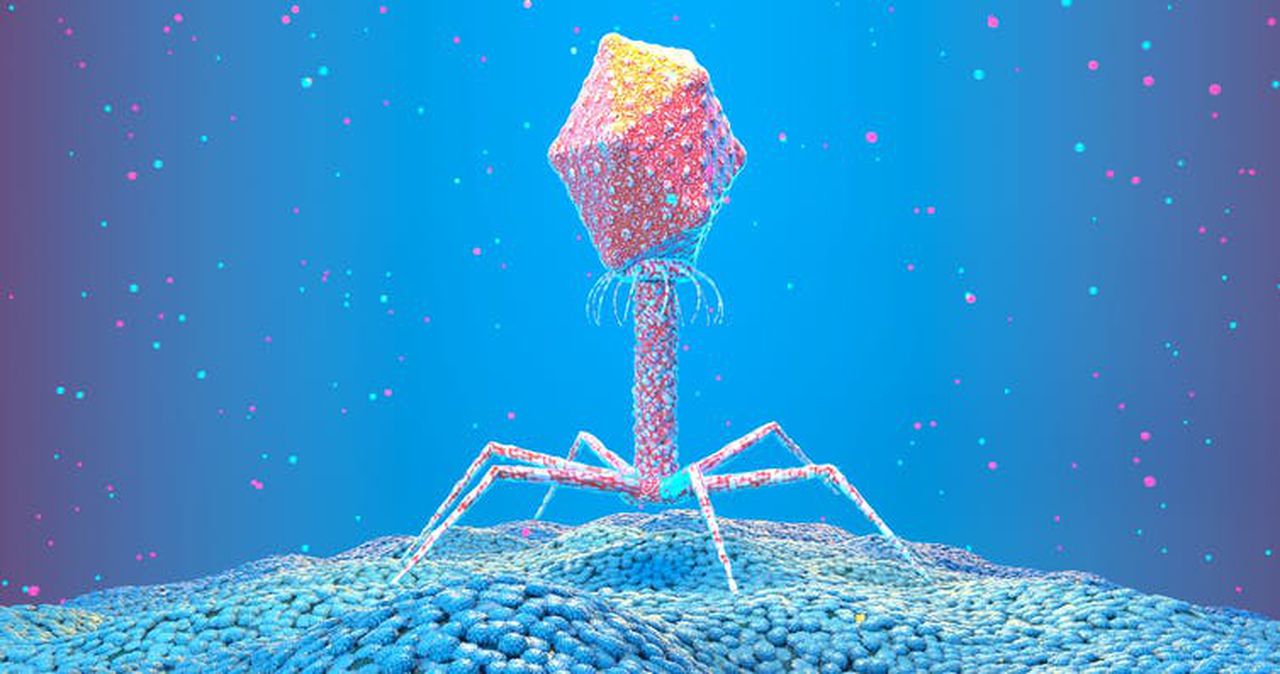 Viruses have a bad reputation. They are responsible for the COVID-19 pandemic and a long list of diseases that have plagued humanity since time immemorial. Is there something to celebrate about them?

Many biologists like me believe that there is, at least for one specific type of virus, namely bacteriophages or viruses that infect bacteria. When the DNA of these viruses is captured by a cell, it may contain instructions that allow that cell to perform new tricks.

The powerful power of bacterial viruses

Bacteriophages, or phages for short, control bacterial populations, both on land and at sea. They kill up to 40% of ocean bacteria each day, helping to control bacterial growth and the redistribution of organic matter.

Doctors are also enthusiastic about their ability to selectively kill bacteria. Both natural and modified phages have been used successfully to treat bacterial infections that do not respond to antibiotics. This process, known as phage therapy, could help fight antibiotic resistance.

Recent research indicates another important function of phages: they can be nature’s ultimate genetic tinkerers, creating new genes that cells can retool to acquire new functions.

Phages are the most abundant life form on the planet, with a non-illion – meaning a 1 followed by 31 zeros – of them floating around the world at all times. Like all viruses, phages also have high replication and mutation rates, which means they form many variants with different characteristics each time they reproduce.

Most phages have a hard shell called a capsid which is filled with their genetic material. In many cases, the shell has more space than the phage needs to store the DNA essential for its replication. This means that the phages have room to carry additional genetic material: genes that are not really necessary for the survival of the phage that it can modify at will.

How bacteria reorganized a viral switch

To see how this plays out, let’s take a closer look at the phage’s lifecycle.

Phages come in two main flavors: temperate and virulent. Virulent phages, like many other viruses, operate on an invasion-replication-elimination program. They enter the cell, hijack its components, copy each other and explode.

Temperate phages, on the other hand, play the long game. They merge their DNA with that of the cell and can lie dormant for years until something triggers their activation. Then they return to a virulent behavior: to replicate and burst.

Many temperate phages use DNA damage as a trigger. It’s kind of a “Houston, we have a problem” signal. If the DNA of the cell is damaged, it means that the DNA of the resident phage is likely to go next, then the phage wisely decides to leave the ship. The genes that direct phages to replicate and burst are turned off unless DNA damage is detected.

Bacteria have reorganized the mechanisms controlling this life cycle to generate a complex genetic system that my collaborators and I have studied for more than two decades.

[Research into coronavirus and other news from science Subscribe to The Conversationâ€™s new science newsletter.]

Bacterial cells are also interested in whether their DNA is destroyed. If so, they activate a set of genes that attempt to repair DNA. This is called the bacterial SOS response because, if it fails, the cell is burned out. Bacteria orchestrate the SOS response with the help of a switch-like protein that reacts to DNA damage: it activates if there is damage and remains extinct if there is not.

Perhaps not surprisingly, bacterial and phage switches are linked to evolution. This begs the question: who invented the switch, bacteria or viruses?

Our previous research and the work of other researchers indicate that phages got there first. In our recent report, we found that the SOS response from Bacteroidetes, a group of bacteria that includes up to half of the bacteria living in your gut, is under the control of a phage switch that has been rearranged to implement the bacteria’s own complex genetic programs. This suggests that Bacterial SOS Switches are actually phage switches that were retooled eons ago.

It’s not just bacterial switches that appear to be phage inventions. A fine detective work has shown that a bacterial gene necessary for cell division has also appeared by “domestication” of a phage toxin gene. And many bacterial attack systems, such as the toxins and the genetic weapons used to inject them into cells, as well as the camouflage they use to evade the immune system, are known or suspected to have phage origins.

The advantage of viruses

OK, you might be thinking, phages are great, but the viruses that infect us are definitely not cool. Yet there is growing evidence that viruses that infect plants and animals are also a major source of genetic innovation in these organisms. Domesticated viral genes have been shown, for example, to play a key role in the evolution of mammalian placentas and in maintaining the moisture of human skin.

Recent evidence suggests that even a cell’s nucleus, which houses DNA, may also have been a viral invention. The researchers also hypothesized that the ancestors of today’s viruses may have pioneered the use of DNA as the main molecule of life. No small feat.

So while you may be used to seeing viruses as the quintessential villains, they are arguably nature’s engines for genetic innovation. Humans are probably here today because of them.

This article is republished from The Conversation under a Creative Commons license. Read the original article.