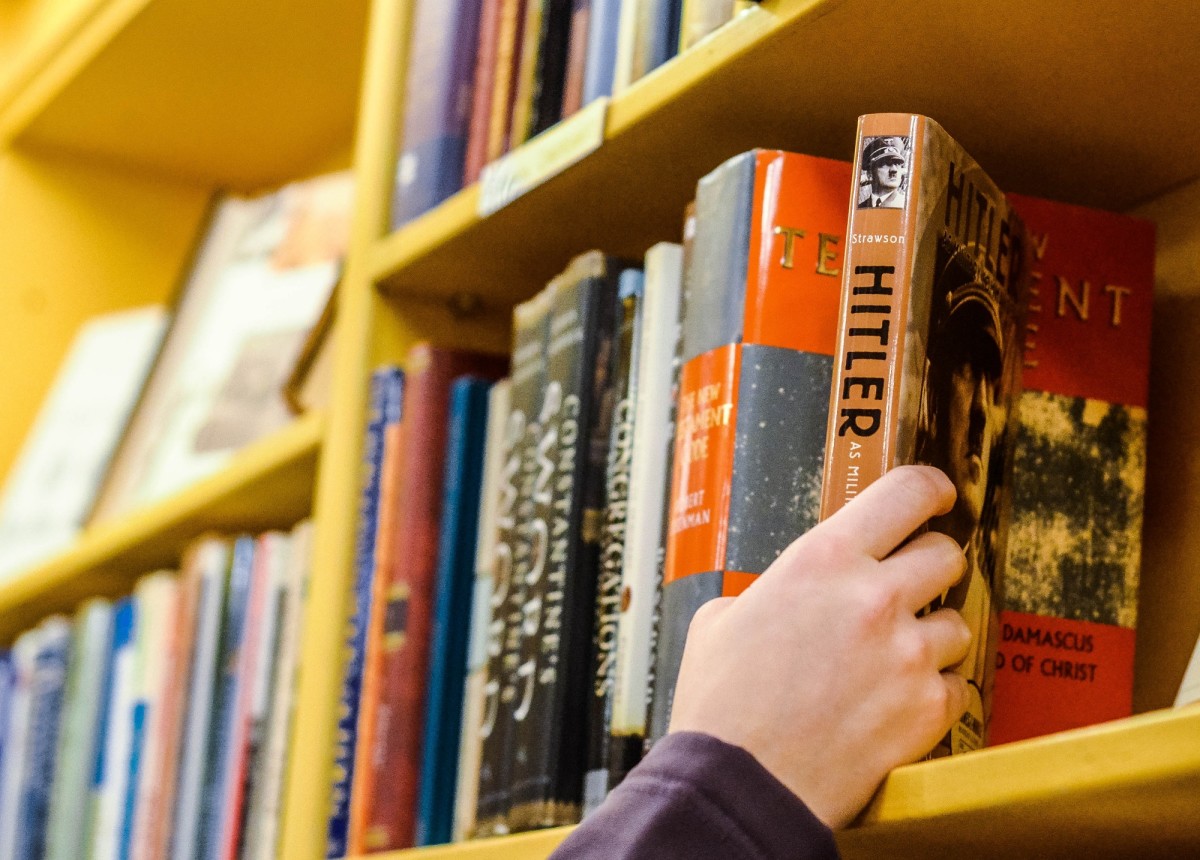 An authoritarian movement is happening in our country and taking firm root despite our attempts to ignore the evidence. Its progress portends increasingly dangerous times as the nation shifts from its democratic base to an autocratic bent. Pertinent questions arise: how could violence potentially manifest itself? Are there specific elements in these movements that could fuel the potential for violence? To ponder such questions, we could examine the intriguing combination of historical patterns and our neurobiological infrastructure.

It is generally common knowledge that authoritarian movements follow similar patterns and share identifiable characteristics. Timothy Snyder, a Yale professor and expert on authoritarianism, says authoritarian movements in history inform us and give us the opportunity to make meaningful decisions. “For example, a pattern we can observe in interwar Germany is that political violence, if not substantially punished, will tend to be repeated. Another is that if paramilitary organizations get out of control, they end up shaping the political atmosphere and playing an intimidating role in elections.

Another characteristic of authoritarian schemas is that they do not appear spontaneously. Generally, a period of social unrest precedes these movements. In America, rising economic inequality and insecurity, coupled with demographic and cultural shifts over the past four decades, are driving public discontent. Resentment boils over and festers, especially among those who see themselves as having lost their former status. Course of fear and anxiety through the public body.

In such contexts, demagogues arise, also known today as strongmen or ethnic entrepreneurs, armed with hate language used to influence the emotions of disgruntled people. Soaked in the quest for power, they manipulate an audience that feels forgotten and abandoned. The demagogue fashions himself into a so-called charismatic leader who gives disaffected people simple explanations and solutions to the causes of their difficulties. Of course, these causes usually take the form of a scapegoat (an enemy) – the immigrants who took their jobs, the ruling elites who abandoned them. The complexity of these issues is set aside. The sparks of violence leap into the air.

Going after a scapegoat feels good

As the pattern continues to unfold, the displeasure turns into anger directed at a perceived enemy or enemies presented by the demagogue. The scapegoat is in full swing. Robert Sapolsky, neuroscientist and author of To behave, said of the scapegoat: “It’s an incredibly mammalian thing to do…because it makes you feel better! …a terribly effective stress reduction mechanism.

In a darker sense, the scapegoat creates an atmosphere for everyone to feel good together. In this respect, political rallies are a privileged place for demagogues. Such events offer the possibility of amplifying “feel-good” hormones and neurotransmitters. Elesa Zehndorfer, in her study of the role of physiology and political behavior, aptly describes a typical Trump gathering: “the sea of ​​MAGA hats, the chants, the ‘jokes’ are all designed to increase oxytocin, a social bonding hormone, while lightning attacks on opponents “lock him in”, etc., are designed to elevate fear and anger.

Through the ritualized participation of the group, the link is facilitated by a contagion effect. Group identity intensifies and coincides with a deeper sense of purpose and meaning among followers. At this point in the pattern, the rational functioning of the brain’s frontal lobes is diminished by the powerful “fight or flight” circuitry of the limbic system activated by the demagogue’s fear rhetoric. We often underestimate the power of these forces in politics or basic human behavior. Let it be said: the wick of the pattern has been lit.

Toxic polarization and extremism anchor the political structure of the country. The nation that once gripped a shared collective reality is shifting to an Us vs. Them worldview. At this point, the ability to compromise has shrunk to the size of a pea. Such a loss portends the erosion of democracy which can only endure through a precious rule of compromise, a shared sense of truth. Reality loses its common ground. The “fight or flight” circuits in the brain spawned by the rhetoric of hate have essentially “turned off” the frontal lobes’ capacity for adaptive reasoning.

Misinformation and outrage through our social media and cable channels fuel dysfunction. An ever-present enemy must be continually fed to disgruntled participants in the movement to keep toxic passions high. Once instilled in tribal identity, facts no longer matter. Information that is inconsistent with the values ​​and goals of the movement and its charismatic cult-like leader is demeaned and, paradoxically, makes conflicting evidence more resistant.

Here in Lies the Rub

At this point, violence is likely to play a bigger role. As the rhetoric of hate escalates and metastasizes in the media, the demagogue and his cronies associate the enemy (the Other) with that which is vile, smelly, immoral – here are your cockroaches, rats, snakes, diseases . Sapolsky notes, “If you get to the point where quoting ‘them’ causes your followers to activate neurons in the insular cortex — the part of the brain that reacts to viscerally gross things — you’ve finished most of your to-do list for your genocide.”

And this is where in the course of authoritarian movements, it is essential to look hard. Manifestations of dehumanization through the rhetoric of hatred have spread throughout history. During the Holocaust, the Nazis called Jews rats. Hutus involved in the Rwandan genocide likened Tutsis to cockroaches. 491,000 to 800,000 Tutsis died. Estimates range from 60 to 150 million innocent victims of genocide and massacres in the 20e century alone.

Other factors such as peer pressure and a sense of obedience to authority can contribute to mass violence, but dehumanization opens the door to such horrific episodes. And, of course, the rhetoric of hate does not necessarily predict mass violence. Fortunately, we can insult or put someone down without killing them. But as Anne Applebaum stated in her timely Atlantic the article Ukraine and the Words That Lead to Mass Murder, “although not all uses of genocidal hate speech lead to genocide, all genocides have been preceded by genocidal hate speech”. History informs but does not set in stone the events of tomorrow. It tells us this: when hate speech tricks the brain into thinking that the Other is subhuman and coming to destroy you, the potential for unimaginable violence approaches the limit of the possible.

What happened before in history is happening now. Authoritarianism is now accelerating, fueling its followers with the chilling specter of vile and immoral enemies – Jews, elites, immigrants, BLM, gays, press, “woke” (whatever that is), poor, political party of opposition, ad infinitum. The underlying message: They are coming to destroy your way of life. The plague of existential threat is in place. The story informs that unimaginable acts of violence are becoming possible as the rhetoric of dehumanization ignites across social media and cable channels.

In the context of current affairs, one can consider Putin’s words preceding his genocidal actions against Ukraine. Speaking of the West, he says, “They have sought to destroy our traditional values ​​and impose their false values ​​on us which would erode us, our people from within, the attitudes they have aggressively imposed on us. their countries, attitudes that lead directly to degradation and degeneration, because they are contrary to human nature. In this televised message to the Russian people, the existential threat factor is set up and coupled with the disgust factor that stemmed from branding all Ukrainians Nazis.Thousands of innocent people now lay dead as a result of his language.

We cannot slip behind the thin curtain of American exceptionalism and say that the unimaginable could not happen here. The message of fear from right-wing ideologues in America is stark. One of the most important sources is the Tucker Carlson show. A New York Times analysis of 1,150 episodes revealed the strong thrust of extremist ideas and conspiracy theories. Mr. Carlson’s main story: “They want to control you and then destroy you.” The Them, of course, are Democratic officials and members of the so-called ruling class such as members of the media, academics or Hollywood stars. The enemy. The other. And, of course, when Mr. Carlson is challenged, he properly presents himself as a victim of a liberal media. You know, the enemy.

In the case of Mr. Carlson’s rhetoric, there is no point in impressing on his listeners that no one can believe what he says. It was a legal opinion issued by a federal judge for the Southern District of New York and Fox News’ own attorneys to defend Carlson against libel charges. Warning labels should at least be heeded.

To be informed by history is to affirm that violence can take horrific and unimaginable forms as authoritarianism unfolds and the language of hate intensifies. Our country is not exempt. If in a moment of stillness we could pause, voluntarily engage the beautiful symmetry of our brain’s frontal lobes, and ask ourselves who the real enemy might be, we might answer like this: those who manipulate us and play on the vulnerabilities of our neurobiological infrastructure.

Alas, as Aldous Huxley said, “The fact that men learn little from the lessons of history is the most important of all the lessons that history should teach.” In this sense, the existential threat does not reside in the ignoble Other, but in Ourselves.

The ultimate question becomes: what can I do to help circumvent the authoritarian movement? Against the wave of electoral restrictions and gerrymandering, it is still conceivable to vote and vote as if your life depended on it. Take action, no matter how small. Vote and advocate for representatives who will work to eliminate inequality, fight poverty, invest in infrastructure, educate our citizens, make people less susceptible to fear and anxiety. The November 8, 2022 midterm elections will, with great probability, be a moment in history that will determine the survival of democracy in America.