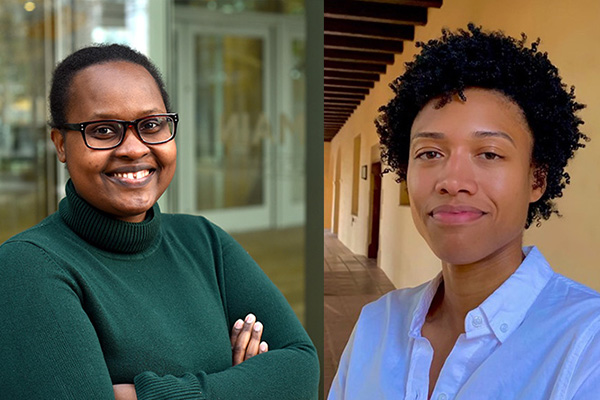 The UCLA Samueli School of Engineering is proud to welcome two outstanding researchers to the Department of Bioengineering – Mireille Kamariza and Jaimie Marie Stewart — who will join the school next year as assistant teachers. Kamariza’s research focuses on low-cost healthcare diagnostics and Stewart’s research focuses on the development of programmable RNA materials.

“Professors Kamariza and Stewart are among the brightest scholars in their respective emerging fields, and we are very pleased to have them join us,” said Song Li, Chair and Professor of UCLA Samueli’s Department of Bioengineering. . “Our students, fellow faculty, the UCLA community, and society as a whole will benefit from their research, teaching, and service.”

Their recruitment is part of the school’s mentor teacher programan initiative now in its second year designed to hire faculty who are experts in their fields and who have a proven track record or exceptional promise in mentoring students from underrepresented and underserved populations.

Mireille Kamariza is a chemical biologist whose research focuses on infectious diseases, including the development of inexpensive point-of-care diagnostics. As a doctoral student at Stanford University, she developed technology that helps detect and diagnose tuberculosis at the point of care, for which she received a grant from the Bill & Melinda Gates Foundation to test the device. Kamariza is currently a Harvard Junior Fellow and works with renowned computational biologist Pardis Sabeti at Harvard’s Broad Institute and MIT. She will join UCLA Samueli as an assistant professor of bioengineering in January 2023.

Originally from the Republic of Burundi, Kamariza immigrated to the United States and attended San Diego Mesa College. She then transferred to UC San Diego for her bachelor’s degree in biochemistry, where she started a mentorship program for transfer students. Kamariza has demonstrated her efforts to diversify representation in science, technology, engineering, and math (STEM) through similar initiatives, and she intends to continue pushing for more equity and inclusion in the scientific community. She received her master’s degree from UC Berkeley and her Ph.D. from Stanford University, both in cell biology. Among other accolades, Kamariza was recognized as one of the World’s Most Powerful Women by Fortune magazine in 2017 and was named one of Chemical & Engineering News’ 12 Talents of 2020.

Jaimie Marie Stewart is develop RNA technologies for molecular sensing and regenerative medicine. His research focuses on understanding and exploiting the structural and functional complexity of RNA to construct RNA materials using the principles of biophysics, chemistry and engineering. She is currently a Life Sciences Research Foundation Postdoctoral Fellow at Caltech, where she works on the design, synthesis, and characterization of DNA and RNA structures for the detection and separation of biomolecules. Stewart will join UCLA Samueli as an assistant professor of bioengineering in July 2023.

Stewart is the RNA editor for the manual Art of Molecular Programming and is a member of the Diversity, Equity, and Inclusion Committee of Caltech’s Engineering and Applied Science Division. She has received several awards and accolades, including the 2019 Ford Postdoctoral Fellowship and recognition as a Fellow by the Intersections Science Fellows Symposium in 2021. She earned her BS in Bioengineering with a concentration in Cellular and Tissue Engineering from the University of Illinois at Chicago and his Ph.D. in bioengineering from UC Riverside.