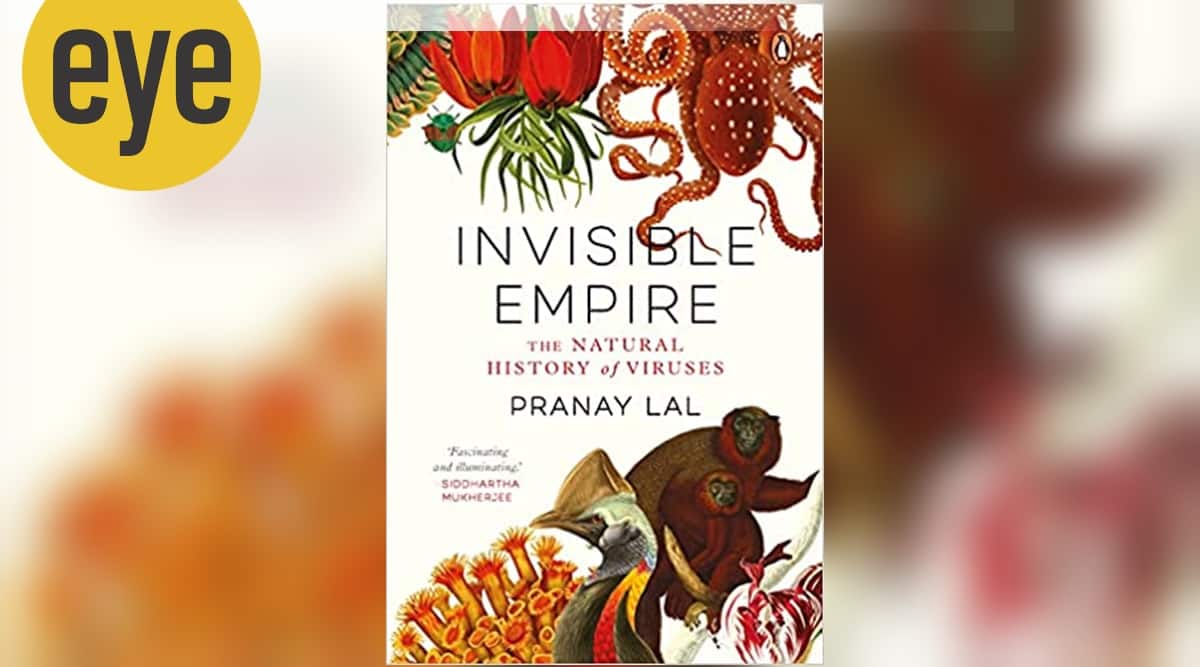 The Natural History of Viruses Tells Us Why Microbes Matter

Humans are a tiny part of life on Earth. But for most of us, it takes some disease or natural disaster to show humans their place in nature’s scheme. The pandemic has been one of those humbling experiences. On more than one occasion, we felt victory against the SARS-CoV-2 virus was near, only for the microbe to prove us wrong. The past two years have shown that despite the remarkable magnitude of scientific achievement, much of the pathways of microbes remain in the realm of the unknown. And viruses are among the least understood pathogens.

Not all viruses, however, are disease oracles. In Invisible Empire: The Natural History of Viruses, Pranay Lal shows how viruses are an integral part of human life and they have played a vital role in making us who we are. No, just human evolution. The transformation of the tulip from an object of beauty into a commodity of speculation and desire, for example, owes much to the artifice of a virus. Invisible Empire is a fascinating work that attempts to understand these simplest forms of life – “mostly dozens of genes wrapped in a layer of protein” – as well as digging into human efforts to unravel the mysteries they present. Viruses are inert until they find a host to multiply. Then they undergo some sort of transformation to lead complex and diverse lives.

Part of the inability to understand viruses stems, as Lal points out, from the human fascination with large, charismatic creatures. For a long time, taxonomists tried to classify them according to the traditional seven-rank system only to find that the complexity and diversity of the virosphere eludes the kingdom-phylum-class-order-family-genus-species scheme. It was not until 2020 that the International Committee on Taxonomy of Viruses expanded the criteria to a 15-rank system.

Invisible Empire maps two seminal developments in the attempt to understand viruses. First, he situates virology within the broader field of understanding microbes. For a long time – and quite predictably, given the human propensity to better understand the relatively larger form of life – viruses weren’t seen as much different from bacteria. Louis Pasteur, although he found a vaccine against rabies, had not even looked closely at the pathogen responsible for the disease. The quest to understand the causes of infection in tobacco plants, foot-and-mouth disease in cattle, and yellow fever along with the development of powerful microscopes helped identify viruses as distinct life forms. In 1939, a year after the launch of the first “correct” electron microscope, a tobacco mosaic virus crystal was placed underneath. “TMV” was the first virus to be seen by us.

The other major development happened until 2003. The Human Genome Project discovered entire sequences of RNA viruses, retroviruses, embedded in our genes. In one of the most fascinating sections of Invisible Empire, Lal shows how the acquisition of a retroviral gene was a momentous development for all modern mammals. It is a retroviral infection in the ancestors of reptilian mammals, for example, which prevents the mother’s immune system from attacking a developing embryo which it may mistake for a foreign body. In the nearly two decades since the Human Genome Project, scientists have identified more than 50 human endogenous retroviruses (HERVs) that were essential to human evolution, such as our transformation from hunter-gatherers to sedentary farmers.

True Colours: A drawing by Semper Augustus, the most expensive tulip sold in the 17th century Tulip Mania in the Netherlands (Photo: Wikimedia Commons)

At the same time, HERVs may even be responsible for certain types of cancers and inflammatory diseases. Some of them can be inactive for long periods of time and then be awakened by environmental triggers. “If Charles Darwin reappeared today, he might be surprised that humans descended from viruses as well as apes,” Lal told The New Yorker, quoting biologist Robin Weiss. Weiss was among the first to discover ERVs in wild poultry and chicken.

The virosphere is essential in other respects. Along with other microbes, viruses regulate the activities of carbon, phosphorus, nitrogen and sulfur – the building blocks of life. They also prevent other microbes from becoming hazards.

Lal does not overlook the other side of the story. Invisible Empire alerts us to the depredations caused by viruses. Some, like smallpox or HIV and Ebola in more recent times, are well known. But the brilliance of Lal’s prose makes visiting these oft-visited episodes interesting, and one often comes back with new insights. Our attention is also drawn to diseases which no longer wreak havoc – the sweat virus, for example, struck in 16th century England, lay dormant for a century and a half, before appearing in 1718 in France and in Spain, then to disappear forever. around the second half of the 20th century.

At other times, Lal corrects us for using terms like bugs, germs, pests casually. Seen in the context of nature, there can hardly be any bugs. Unsurprisingly, the book is packed with words that would be essential to a dictionary of scientific jargon. But it says a lot about Lal’s debunking skills that the reader’s curiosity is only sharpened by encountering such terms. Invisible Empire is one of those books that you read cover to cover, parts of it become your favorites and you keep coming back to them. For this reviewer, the book has many – the struggle to find the origins of viruses, how these microbes became embedded in our genes, friendly microbes, antibiotic resistance, the tulip story.

Lal’s is also an argument for an “anthropo-pause”. For too long “we have looked at each other, our existence, our relationship through a keyhole, from our perspective alone,” he writes at one point. This should not be confused with biological determinism, but a plea for appreciating that we share space with microscopic creatures that behave in complex ways – benign, creative and destructive. The pandemic should alert us, as Lal puts it, to the “need to understand that our body is an ecosystem…Each pathogen that affects us has its own set of pathogens – the enemy of the enemy. The revival of a A safe and responsive public system to fight disease will depend on our understanding of the ecology of viruses and the human microbiome in the context of disease and well-being.”

MCP technology: what is it and how does it benefit dentists and patients?