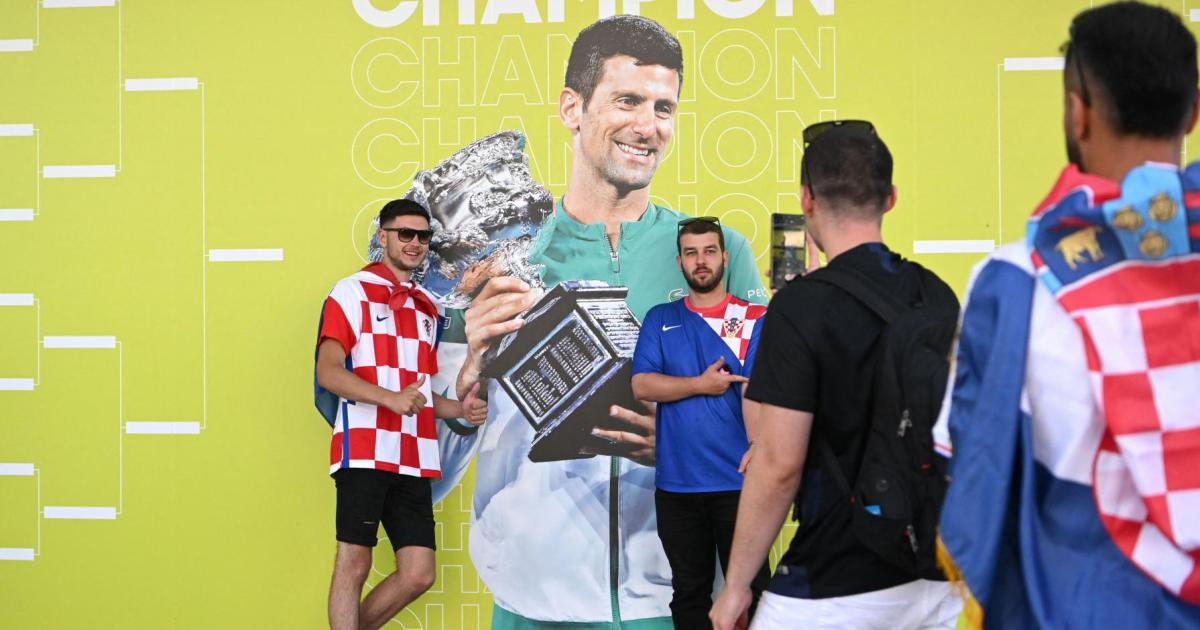 When I was 18, my older sister went out with a local tennis pro. One afternoon he came to our house in Genoa with a silver trophy praising a 16-year-old prodigy he had played at the tournament. “Simon,” he said with eyes as wide as tennis balls, “you can’t imagine how powerful he is, like a bull.”

Of course, he was talking about our beloved Rafael Nadal. Since then, I’ve supported Rafa in every tournament, spotted him next to the cathedral and even had a (very) brief chat while filming a TV commercial. Through that local pride and connection, I always wanted him to be the last man standing in the Goat Debate between Roger Federer and the now more infamous than ever Novak Djokovic.

But if I take my emotion out of the equation, I know Novak Djokovic is the better dog. You might disagree that he deserves GOAT status, but the scales of tennis glory are clearly tipped in his favor. He has more head-to-head wins against Nadal and Federer. Combine that with the record 357 weeks atop the ATP rankings and his record tally of 20 Grand Slams, then it’s hard to argue otherwise. After Novak’s seventh return to world number one, even tennis legend Pete Sampras hailed him as the greatest of all time. Game. Together. And match.

And yet, if you’re a die-hard Federer or Nadal fan, your heart says otherwise. We cling to ethereal qualities like the courage of Nadal and the elegance of Federer. Or we chastise Djokovic for his alleged arrogance or lack of class, then suspend GOAT status just beyond his reach. And that is the purpose of this article: we do not judge on reason, but on emotion. And, like any bias, Novak’s vaccine status has created an emotional reaction from those who follow the saga, blinded our judgment, and led many not only to applaud his absence from Melbourne, but also to smear his character.

Let’s try to reason first: why isn’t Novak currently adding to his 82 Australian Open wins? The fact that he was even in Australia highlights the lack of clarity between the national government, immigration and the government of Queensland, where the tournament is taking place. As third seed Alexander Zverez pointed out in a recent interview, “things should have been clearer”. If the national government wasn’t going to let him in, then why in one of McEnroe’s swear words did the Victorian government grant him a travel VISA in the first place?

Tennis Australia has defended its actions saying the regulations are “blurred” in a changing political landscape. If there are nuances in the immigration guidelines, his deportation seems harsh. But many reject this blur argument. Instead, they argue Tennis Australia skirted immigration laws for a tournament superstar.

While that’s likely true, they might also have a soft spot for Novak due to his many philanthropic contributions. He has already donated $1 million to the Australian Open Junior Development Program. He also donated money to fight the devastating wildfires on Kangaroo Island. As a Serb, Djokovic has been good for Australia. Perhaps the tennis board valued his world number one status and TV ratings more than that.

The bizarre decision sent Novak to one of Australia’s most maligned quarantine hotels. Was he abused? Australia is infamous for its inhuman handling of asylum seekers on the island of Nauru. Then again, a quarantine hotel must not have been so bad for the boy who grew up during the Yugoslav wars. Like great tennis Boris Becker shrewdly noted, “(Novak) was in the bunker at the age of ten when bombers flew over his town. A quarantine hotel is harmless.

After some review of a botched travel request and a misleading medical exemption, his appeal to reinstate his VISA failed. Djokovic quickly returned home and was welcomed as a hero in Belgrade. Based on Australian immigration laws, his dismissal was probably the right decision. He failed to meet the travel conditions, and their government is aware of the fury if there is one rule for the rich and famous and another set of rules for his audience (see Boris Johnson). Yes, he had to be expelled.

Whatever the laws, some media might have led you to believe Australians were happy to see him go. Many were. But according to Australian immigration lawyer John Findley, “Djokovic is a polarizing influence in Australia”. And if you pay attention, you will see that his vaccination position made him a polarizing figure around the world.

What worries me is not his absence from the tournament but those who applaud him, as if it was something he deserved. I agree that the health of the nation comes before any sport. But consider this: The Center for Disease Control first gave the green light to COVID vaccines in December 2020.

Djokovic has played in all four Grand Slams since then. He won two, including the Australian Open, and no one had a problem. Consider also that the pandemic is entering an endemic phase and the mandate of the vaccine seems all the more outdated.

So why this sudden abuse of the greatest player of all time? It does not promote terrorism. Nor is there any evidence that he tried to incite an anti-vaccine insurgency. Instead, this Djokovic saga highlights a culture war in Australia as a microcosm of feelings echoed throughout the rest of the western world. And like all wars, it is fought over emotion rather than reason.

We have already seen it. After planes toppled the Twin Towers during 9/11, researchers at the University of San Francisco examined how negative public emotions supported President Bush’s decision to deploy troops to the Middle East. They concluded that Americans did not support Bush’s invasion of Iraq based on scant supporting evidence, but rather out of emotions of anger, frustration, and fear. As the Scottish philosopher David Hume said in the 18th century, “moral judgments are not conclusions of reason”.

Similarly, it is difficult to disentangle our moral judgment of Djokovic from bias. Right now we are all vaccinated against COVID-19 or not. The fence between the two camps is built so high that there is no one to sit on it. Did we all decide based on science, data and reason? Like Hume, I know we are the first and above all emotional social beings; our decisions are actually influenced by social disadvantages, governmental rules, cultural values, intuitions and advice or simply the observed practices of others.

Few of us had been vaccinated at Djokovic’s last Australian Open a year ago. Many were still hesitant to get vaccinated. But slowly, under social and political pressure, these numbers have declined. Now most of us are vaccinated, and our mammalian emotional limbic system puts Djokovic on the other side of the tribal fence.

“He is not one of us,” says our amygdala (a small brain structure that governs emotions), and we rejoice in his loss. Novak is not a victim of his arrogance but of our capricious emotions, quickly able to see the world through the prism of a new “normal”.

In short, Djokovic is not right not to want to be vaccinated. But he’s not wrong either. As true as that statement may be, what’s even truer is that he has devoted his entire life to the sport: thousands of mornings, performing monotonous drills, perfecting his serve, forehand and volley. Except Roger or Rafa reading this, then none of us have any idea how very “disappointing” it is to miss this tournament.

But if his absence from Melbourne means he never eclipses the Grand Slam run of Nadal or Federer, then at least he has remained true to his principles. Instead of taking a probably harmless vaccine and play in the tournament, as so many players have done, Djokovic refused to accept manipulation and coercion and stuck to his principle of bodily autonomy. For that, I respect him.

Reporter hit by car on live TV in West Virginia