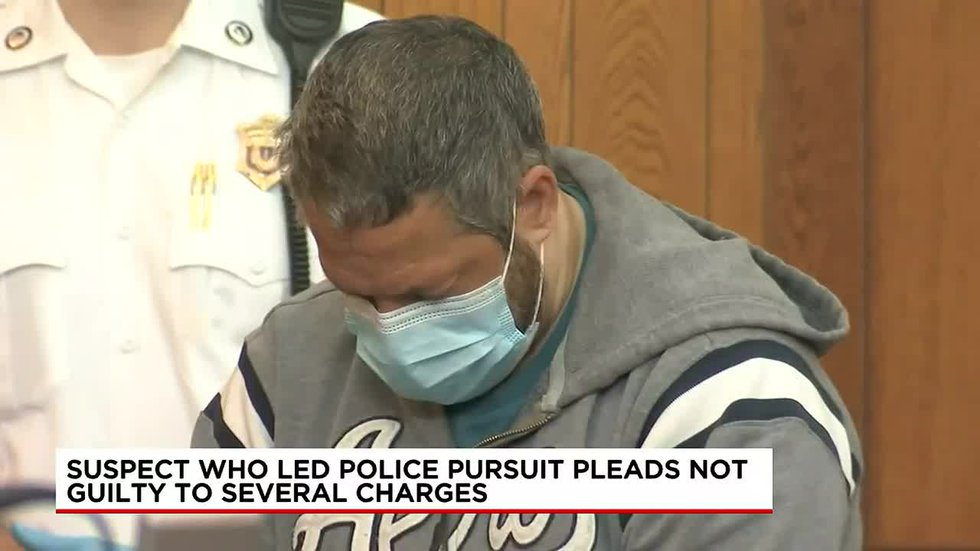 On Thursday afternoon, the out-of-state suspect pleaded not guilty. Kevin Oldaker, 48, of Illinois, faced a judge in Dudley District Court, on charges related to a state police high-speed chase that spanned more than 80 miles on the Mass Pike Wednesday morning.

Massachusetts State Troopers attempted to approach Oldaker at a duty plaza in Charlton, where he was in a car allegedly stolen by his ex-girlfriend in Maine.

Oldaker sped off after refusing to open his car door, authorities said he headed west on the Pike, with the chase crossing west of the Mace and ending near the exit 3 off the freeway where a brief standoff occurred before Oldaker was arrested.

Prosecutors said his actions put the public at risk.

“He was operating in the recovery lane and entered the median through the western part of the state and turned around and hit another vehicle, forcing other vehicles off the road,” said the l ‘charge.

Western Mass News detailed the list of charges Oldaker faces following Wednesday’s police chase, including failure to stop for police and a former fugitive from the Maine court warrant.

The defense pleaded Thursday for $500 bail and a GPS monitoring device so Oldaker can take care of his physical and mental health.

The lawyer representing him said he had a hernia, ulcers and was not vaccinated against COVID-19.

“He is very worried if he went to jail he would get COVID and not make it,” the defense said.

Furthermore, he said he had a difficult past, including being brutally beaten as a child.

“He had reconstructive surgery on his body at such a young age because of it. And he followed through his life, it became overwhelming,” the defense said.

Prosecutors argued that Oldaker’s actions on Wednesday show he poses a flight risk and a danger to the public. A judge has ruled the 48-year-old suspect will be held on $50,000 bail or $500,000 bond for each of two separate cases, an outstanding Maine warrant and new police pursuit charges. His preliminary hearing is scheduled for May 20.

Meanwhile, Oldaker agreed in court to voluntarily return to Maine to face charges, including violent harassment, after his case involving the police chase is over here in Massachusetts.

Paul and Simon Pegg’s director on making this Spielberg cameo