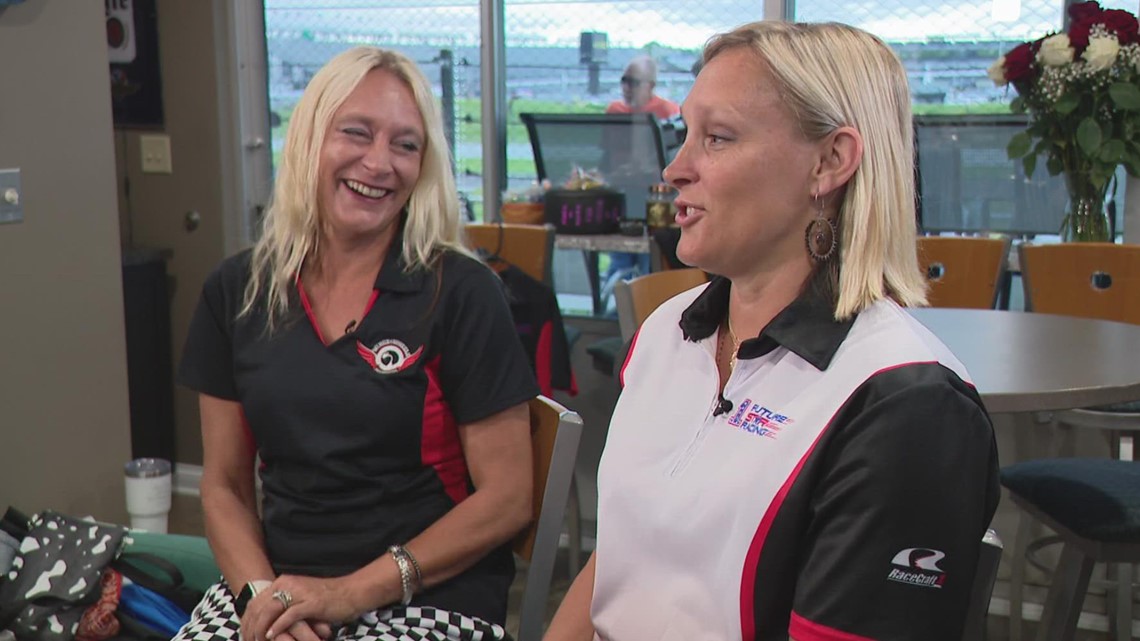 The natives of southern Indiana did not grow up with a connection to the track. They certainly have one now.

SPEEDWAY, Ind. – The Indy 500 is almost here, and every year there are amazing stories to share at Indianapolis Motor Speedway.

This time it’s the loving connection between a local woman and a racing legend, just when she needed him most.

“We were from Evansville,” said Norma, who moved to the Indianapolis area more than 20 years ago. “We are basketball.”

“Southern Indiana, you don’t have that track connection,” Liz added.

Seeing them today you wouldn’t know they weren’t always part of the racing world, Norma dressed in black and white checkered trousers as they sit next to the other in a Turn 2 suite.

“I didn’t know I could love racing so much,” added Norma.

It probably doesn’t hurt that last year Norma met two-time Indy 500 champion Al Unser Jr. through her work with the Wings and Wheels Foundation, a nonprofit that funds young people. drivers trying to level up in racing.

These drivers are part of the Future Star Racing team and Unser helps coach them.

RELATED: Going Green: IndyCar Will Use Renewable Fuel From 2023

“We met for lunch, and it was because I wanted to understand racing,” Norma said of her first connection with Unser. She called her sister to share the news.

RELATED: IMS strives to make the environment as diverse as America

“I got married and everyone’s like, ‘Where’s your honeymoon?’ and I said, ‘The operating room at 9 a.m. tomorrow morning,’” Norma told her wedding guests.

Norma was talking about an operating room where she was due to have surgery the next day for an infection she developed after a double mastectomy in 2020, when she found out she had breast cancer. Norma had undergone reconstructive surgery, after which one of her implants became infected.

Months before Norma’s diagnosis, a mammogram revealed that Liz also had breast cancer. She also underwent a double mastectomy, followed by chemo and radiation.

“Around the time she was having her mastectomy, I was having chemo,” Liz said.

It’s a fight the twins knew all too well before they even faced their own fight. Their mother died of breast cancer in 2004.

And although they are now both cancer-free, Norma and Liz are still considering reconstructive surgeries. Healing is a long road.

“I had eight surgeries, all due to infection. I too have an implant,” Norma said.

“She has one on the right,” she added, pointing to her sister.

“I have one to my left, so we say we have a good pair between us,” Norma said with a laugh.

“I love Al,” Liz said. “He changed his life. He changed our life.

A life that now includes enjoying the greatest racing spectacle with one of its champions.

“She sent me a picture last year. Her first time on the track for the actual race and she’s on the car with Al, going around the track and I’m like, ‘This is the way to do it,'” Liz said in laughing.