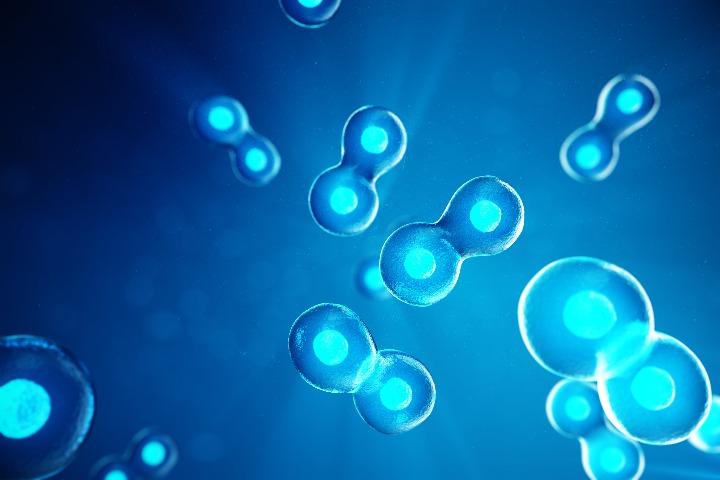 According to a study published in the latest issue of the journal Nature this week.

Experts said the discovery of this “elixir of life”, which involves three main ingredients, has paved the way for scientists to explore the complex process of an organism’s development from the earliest stages of life. This is essential for stem cell research, regenerative medicine and the preservation of critically endangered organisms.

However, they also warned that such technology, although still in its infancy, could lead to controversial applications in the future as it lays the theoretical groundwork for replicating an existing organism without using reproductive cells like sperm. and the eggs.

In the study, scientists from Tsinghua University discovered a combination of small molecular compounds that can turn pluripotent stem cells from a lab mouse into an enhanced version called totipotent stem cells.

A totipotent stem cell is an embryonic cell formed in the very early stages of cell division after fertilization. It is the most versatile stem cell because it can differentiate into any cell in the body, as well as cells that make up placental tissues and fetal membranes, which exist outside of the embryo. Accordingly, the totipotent stem cell is commonly considered the “seed of life”.

Pluripotent stem cells differentiate from totipotent cells during the later stages of development, so they lose some of their versatility but remain capable of transforming into any cell type that makes up the body.

“Normally, after totipotent cells, none of the other stem cells have the ability to grow into a life on their own,” said Ding Sheng, the study’s corresponding author and dean of the School of Science. pharmaceutical sciences from the university.

Ding said the study’s greatest importance is to prove that life doesn’t always have to originate from germ cells – the cells that sexually reproducing organisms use to pass their genomes from one generation to the next. other. Finding an alternative to nature’s way of creating the beginning of life, represented by making totipotent stem cells, is considered the “holy grail of biology,” Ding said.

In the past, scientists succeeded in transforming somatic cells, ie all cells in the body other than sperm and eggs, into pluripotent stem cells. This discovery formed the basis of stem cell-based regenerative medicine and was subsequently awarded the Nobel Prize in Physiology or Medicine in 2012.

Now scientists are on the verge of creating and understanding life, but only in terms of lab mice. However, Ding said his team is very aware of the potential philosophical and ethical ramifications of their work.

Ding said his research is conducted under rigorous ethical standards, but society’s ethical concerns are constantly evolving. Therefore, it is the duty of scientists to focus on providing knowledge and tools for future generations to make informed decisions about the ethical limits of breakthrough technology, he added.

Chinese scientists have made great strides in stem cell research this year, with the journal Nature publishing a study from the Chinese Academy of Sciences in March, followed by another from Peking University in April.

A Shanghai-based microbiologist, who requested anonymity and was not involved in the study, said that although the latest finding is based on mouse stem cells, it is still a major step. as she pushed this type of research to the early stages of life, and also proved that totipotent stem cells created by chemical induction can exist in a stable state.

Zhai Xiaomei, a renowned bioethicist from the Chinese Academy of Medical Sciences, who was not involved in the study, said the Tsinghua University experiment was carried out using a laboratory mouse with the aim of pushing the boundaries of basic science. Therefore, its ethical risk was low and could be managed well.

Biomedical experiments can pose social and ethical challenges, but scientists have a degree of freedom within ethical regulatory guidelines to explore new frontiers, she said.

“If scientists can transform human somatic cells into totipotent stem cells, it will revolutionize medicine,” she added.