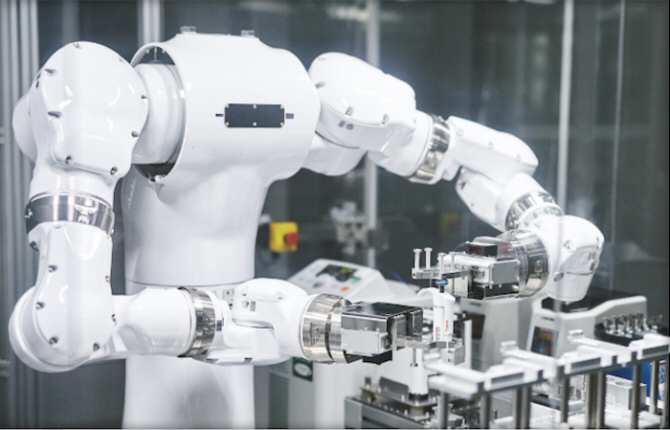 Robotics and artificial intelligence to accelerate advances in regenerative medicine

Scientists have developed a robotic artificial intelligence system to determine the optimal conditions for growing the replacement retinal layers needed for certain treatments aimed at restoring vision. In the latest experiment, the system underwent a process of trial and error covering 200 million possible configurations and managed to significantly improve the viability of cell cultures needed for regenerative medicine therapy. This achievement is a good example of how the automated design and execution of scientific experiments can increase the efficiency and speed of research in fields such as biology.

Research in regenerative medicine often requires many time-consuming and laborious experiments. Specifically, creating specialized tissue from stem cells (a process called induced cell differentiation) takes months of work, and the degree of success depends on a wide range of variables. Finding the optimal type, dosage, and timing of reagents as well as the optimal physical variables, such as cell transfer time or temperature, is difficult and requires an enormous amount of testing.

To make this procedure more efficient and convenient, a research team led by Genki Kanda of the RIKEN Institute in Japan set out to develop a stand-alone experimental system that could determine the optimal conditions and the functional retina can develop layers of pigment. Retinal pigment epithelial cells were chosen because degeneration of these cells is a common age-related disorder that renders people unable to see. More importantly, transplanted retinal pigment epithelial layers have already shown some clinical success.

For autonomous experiments to be successful, the robots must repeatedly perform the same series of precise movements and manipulations, and the artificial intelligence must be able to evaluate the results and prepare for the next experiment. The new system achieves these goals with a general-purpose humanoid robot called Maholo, capable of high-precision biological experiments. Maholo is controlled by artificial intelligence software that uses a newly designed optimization algorithm to determine which parameters need to be changed and how they need to be changed, so that the next set of experiments can lead to differentiation. efficiency can be improved.

In what would have taken human researchers more than two and a half years, a robotic system with artificial intelligence took just 185 days, resulting in an initial differentiation rate efficiency of 50% to 90%, through experimentation and robot performance. Improvement works carried out.

Kanda and his colleagues discovered the technical details of their progress in the academic journal eLife, under the title “Robotic Discovery for Optimal Cell Culture in Regenerative Medicine”. (Character font: NCYT D Incredible,