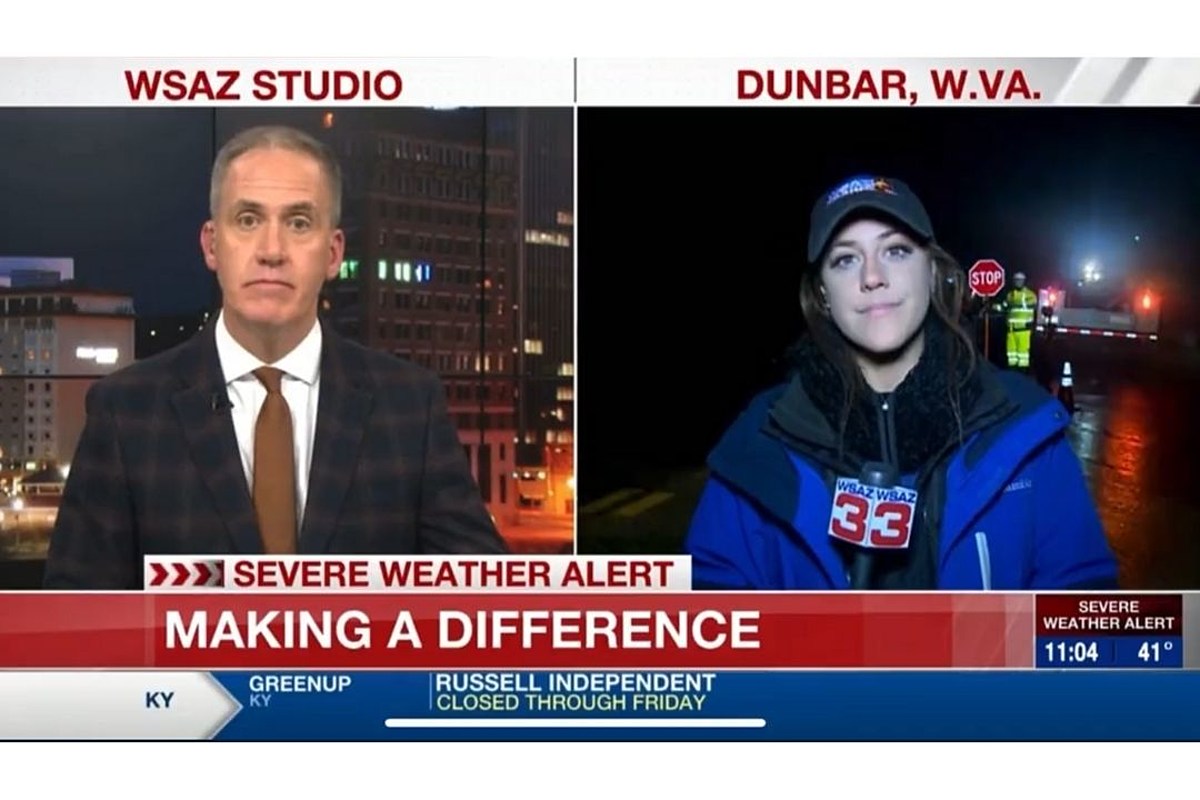 Reporter hit by car on live TV in West Virginia

Well, it’s not something you see every day! A West Virginia reporter was about to deliver a live report when she was hit by a car.

Tori Yorgey was talking about a simple water main break looking at the camera when the incident happened. Viewers could see a pair of headlights behind her before she was thrown from the camera as the car hit her from behind.

His co-anchor sat there stunned in disbelief at what had just happened.

Off camera, Yorgey was quick to assure everyone that she was fine. “I’m fine. We’re all fine,” she said, before explaining that it wasn’t the first time she had been hit by a car.

“You know, that’s live TV for you. I actually got hit by a car in college too, you know, just like that,” she explained, as onlookers worried stopped to make sure she wasn’t hurt. “I’m so glad it’s okay,” she said, before thinking to herself, “You’re okay, you’re okay, we’re all okay.”

The driver who hit her even apologized, to which Yorgey replied, “Ma’am, you’re so nice and you’re fine.”

A visibly shaken Yorgey reappeared on camera and joked that of course something like getting hit by a car “would happen to me specifically” because it was her last week on the job.

Her co-presenter asked where exactly she was hit, and her answer was spot on. “I don’t even know, Tim,” she scoffed. “My whole life flashed before my eyes, but it’s live TV and it’s all good.”

Yorgey, like a boss, seamlessly returned to the report saying, “Again Tim, we’ll return to the report. We’re on Roxalana Hills Drive in Dunbar. That’s where the water cut is. “

The 25-year-old says goodbye to WSAV-TV in West Virginia after three years, packing her bags and heading north to WTAE-TV in western Pennsylvania.

The day after the incident, Yorgey gave an on-air update to let everyone know she was feeling fine, except a little sore. “I was checked, no broken bones. They said I would be in pain for a while,” she said.

Artists who have been injured while playing