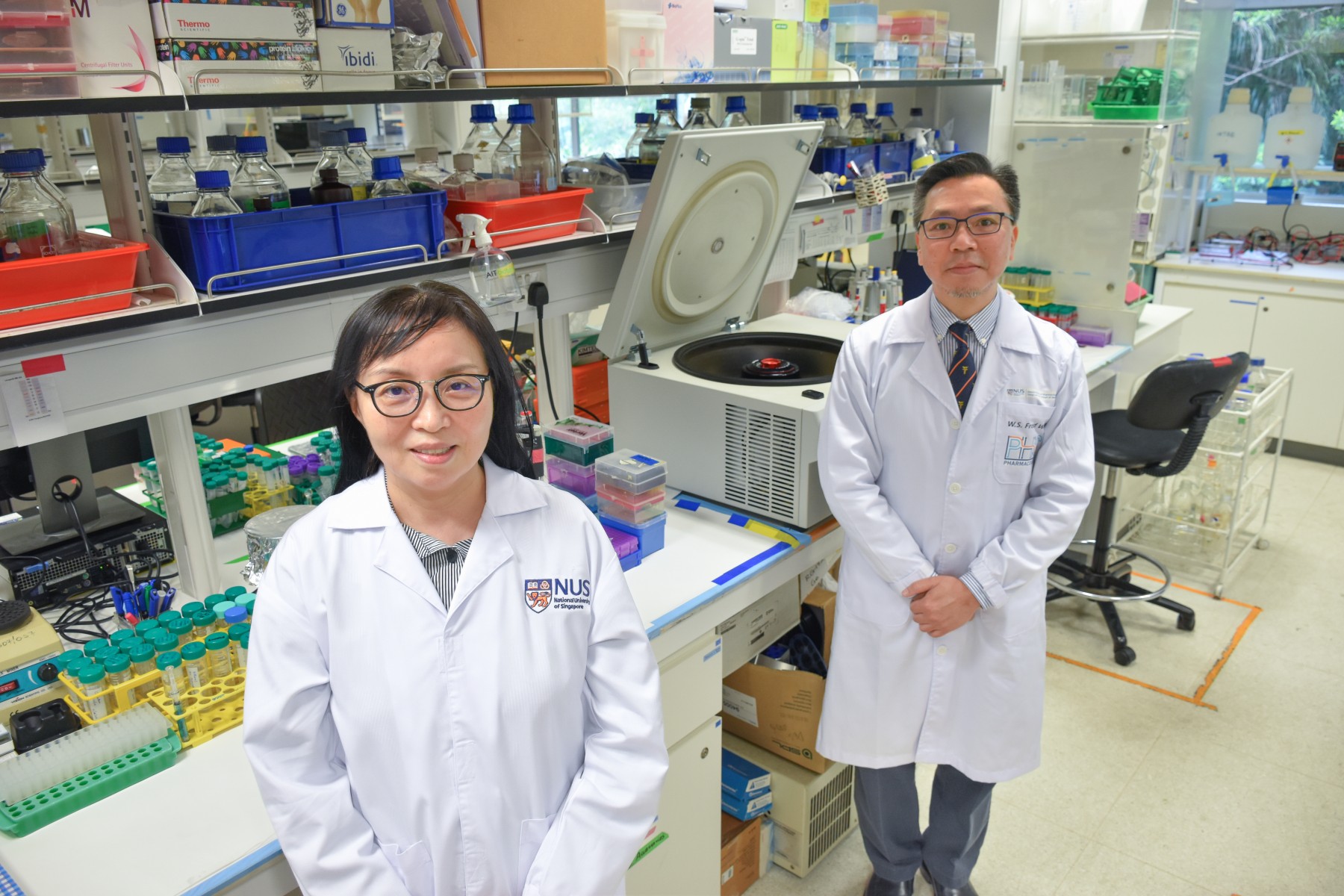 NUS scientists have discovered a new property of a protein found in human lungs that could lead to the development of biologic drugs to treat chronic obstructive pulmonary disease (COPD), a debilitating and progressive lung disease that is one of the major causes of death worldwide.

The research was led by Associate Professor Ge Ruowen of NUS Biological Sciences and published in the prestigious scientific journal Proceedings of the National Academy of Sciences (PNAS) in January 2022.

COPD is currently the third leading cause of death worldwide and represents a heavy socio-economic burden for nations. It can be caused by long-term exposure to irritants or particles, such as cigarette smoke, and symptoms include coughing, difficulty breathing, mucus production, and wheezing.

Patients with COPD have two key conditions: emphysema (destruction of the alveolar walls and enlargement of the alveoli) and chronic obstructive bronchitis (small inflamed airways). These patients suffer from persistent respiratory symptoms with progressive decline in long-term lung function. However, current drugs targeting COPD only provide symptomatic relief and are not able to suppress underlying tissue inflammation to effectively block the spread of COPD or reduce mortality.

“Patients with COPD have difficulty breathing, which impairs their ability to work or exercise. They don’t take in enough oxygen, which also affects their heart function. COPD is a disease very dangerous, but public awareness about it is very low,” said Assoc Prof Ge.

Alveolar macrophages (AM) are immune cells residing in the airspace of lung respiratory structures called alveoli and they can display pro-inflammatory or anti-inflammatory properties. In COPD, pro-inflammatory MAs are amplified, which is a primary cause of COPD.

Professor Assoc Ge’s team has discovered that a lung-resident protein called isthmin 1 (ISM1) is essential for limiting inflammation in a healthy lung by selectively eliminating the pro-inflammatory type of AMs. In their laboratory studies, the research team observed that the absence of the ISM1 protein was associated with a large number of pro-inflammatory ADs, persistent lung inflammation, progressive emphysema and a significant decline in lung function even without exposure to irritants.