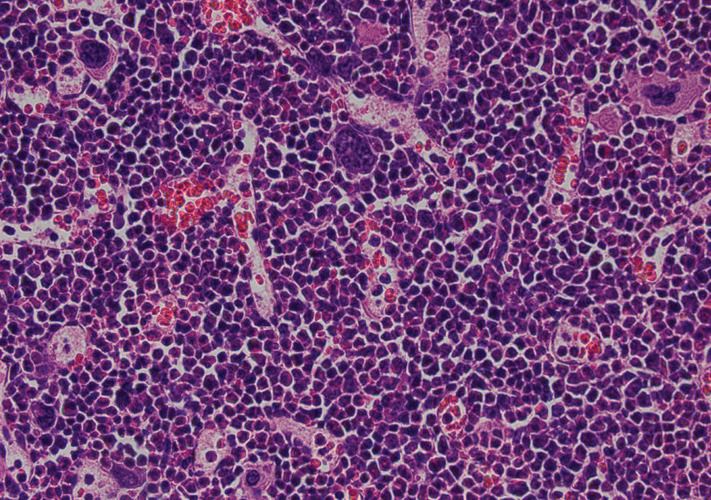 Some gene mutations linked to leukemia are not useful guides in making treatment decisions for patients. A new study from the University of Wisconsin-Madison suggests a cluster of clinical signs that may be associated with genetic testing to better inform the timing of more aggressive treatment.

Studies of leukemia, which is a cancer of the blood and blood-forming cells, have revealed alterations in genes that may be associated with the disease, and these genetic changes can be passed on from one generation to the next. In some cases, these alterations give doctors a way to assess disease risk. For others, the consequences remain unclear. Even when the link between a particular genetic red flag and the disease is strong, it can be difficult to determine when the serious stages of the disease may begin. 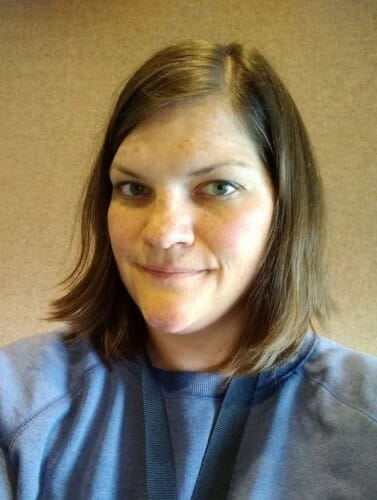 “It can be extremely variable. In a family that shares a common mutation, a grandfather may not show symptoms until the leukemia suddenly emerges,” says Alexandra Soukup, a cancer researcher at UW-Madison. “In contrast, one of their grandchildren with the same genetic alteration may show severe symptoms from the age of seven – such as lymphoedema, which is severe swelling of the arms and legs, or weak levels of blood cells called cytopenia, which can cause life-threatening infections.. We want to know what environmental and genetic factors trigger disease presentation.

Clinicians treating patients with genetic mutations that can cause leukemia would also like to know, as their options range from light monitoring or medication to invasive procedures including radiation therapy, chemotherapy and stem cell transplants.

“Right now, the gold standard for treatment is a bone marrow transplant,” Soukup says. “But these occur when there is already a presence of relatively severe disease, elderly patients are often not eligible for a transplant, and there can be life-threatening reactions to transplants.”

Leukemia complications, which cause the bone marrow to produce too few blood cells or abnormal blood cells, can be triggered by exposure to a pathogen or toxin, causing the body to speed up the production of new blood cells.

By exploring the reactions of mice, researchers can understand the kinds of human health problems that can cause life-threatening leukemia.

Soukup, professor of cell and regenerative biology at UW-Madison, and Emery Bresnick, director of the Wisconsin Blood Cancer Research Institute, and their collaborators exposed mice carrying a genetic mutation associated with leukemia to “triggers” that created a model of bone marrow failure. This often precedes the development of leukemia. The researchers published their findings recently in the journal Science Advances.

“These mutations have little or no impact on steady-state blood cell production, and mice containing the mutation may appear normal most of the time,” says Bresnick’s lab scientist Soukup. “It’s just when you expose them to other stresses that serious flaws appear.”

The researchers stressed the mice in one of three ways, to quickly mimic the kind of environmental and immunological challenges that humans may face in the longer term – with a common chemotherapy drug, a component of cell walls bacterial cells that causes inflammation, or a drug used to speed up the division of stem cells before human transplants. They wanted to see how the mice’s bone marrow would react. In a healthy marrow, stem cells should divide and mature into new producers of blood cells to take over if something goes wrong.

“In all of our cases, the stem cells looked relatively normal, but either were unresponsive or extremely impaired in their response to expansion,” says Soukup. “With chemotherapy, one would expect stem cells to multiply dramatically and blood cells to regenerate, replacing what was destroyed by chemotherapy. My mutant pets failed to mount a response.

Without stem cell expansion, the animals were overcome with bone marrow failure.

By exploring the ways in which mutant mice responded to these stressors, researchers can understand the kinds of human health issues — like recurring infections — that can lead to life-threatening leukemia.

“Our mouse model provides a unique system for uncovering what can trigger severe disease presentations in humans, and we can use this system to develop strategies to counteract or negate the trigger.” We would like to apply such strategies to patients,” says Soukup. “If you’ve already had X, Y, and Z, and you’ve been exposed to these risk factors, it may allow medical decisions to avoid the crisis scenario in which severe disease emerges quickly.”

If you develop a trigger finger, get checked for diabetes – Better Life

Get Easy Tribal Loans for Bad Credit at Heart