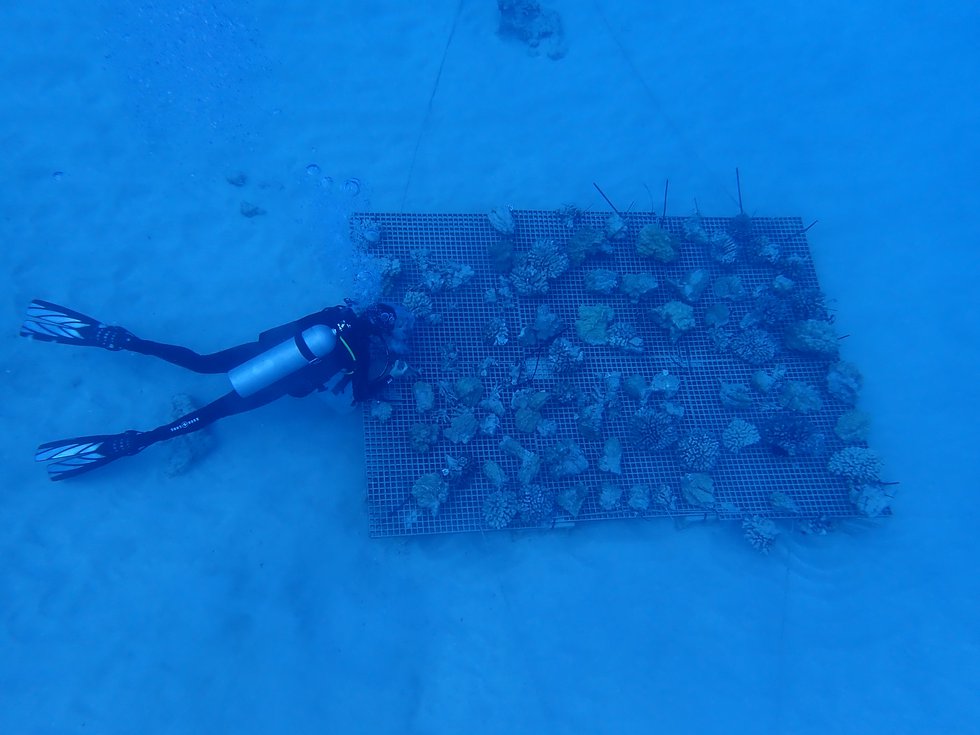 Meet reef protectors on a mission to grow resilient corals

HONOLULU (HawaiiNewsNow) — Coral reefs are so important they are often called the rainforests of the sea, and a quarter of the fish in the ocean depend on healthy reefs to live.

Apart from marine life, corals also play a crucial role for those of us on land. Especially in Hawaii – where we are surrounded by the ocean – reefs provide protection from storms, erosion and rising waters.

But the corals are in crisis.

that’s why Malama Maunalua, an organization based in eastern Oahu, is partnering with other groups to grow resilient corals in Maunalua Bay, which stretches roughly from Diamond Head to Portlock.

Harper sat down with HNN to outline the schedule for the first episode of “Repairing Earth,” a new limited series aimed at showcasing the people fighting climate change in our own backyards.

Harper’s team along with Kuleana Coral Restoration, NOAA, DLNR’s Aquatic Resources Division and the Hawaii Institute of Marine Biology are all working to identify corals that can withstand warming temperatures. To do this, they subject coral fragments to stress tests.

The fragments are placed in a tank and the water temperature is slowly increased to mimic rising ocean temperatures. Through this process, scientists can see which coral is bleaching and which is not.

The fragments that do not bleach and survive in the laboratory are then replanted in the bay to grow colonies of corals that are more resistant to warming temperatures. Harper explained that because climate change is not something that can be solved anytime soon, projects like these are important.

“Restoring with Resilience, for example, is such a big project because it allows adaptation to combat what we expect to see and allow the reefs to survive and live, even if the conditions are going to be such that they would have probably killed a much of the reef,” he said.

So far, the state reports that up to 50% of Hawaii’s coral reefs are already dead in some places, and the problem continues to worsen as humans fuel climate change.

Scientists say 90% of heat is absorbed by the world’s oceans, which means a change in temperature – even just 2 degrees – can be devastating for corals.

Warmer waters increase the stress on the coral, causing it to lose algae that live in its tissues, which leads to the coral losing its color and turning white.

Although these bleached corals are not dead, scientists warn that they are becoming more likely to die.

Moreover, a recent study concluded that coral reefs could disappear within 30 to 50 years if measures are not taken to protect them.

“Climate change is daunting, I mean it’s a huge, huge problem, and it’s incredibly serious in what the projections indicate, but showing people what they can do to really help fight climate change. local climate change matters because it gives people hope,” Harper said.

Unlike most environmental projects which usually only involve scientists and academics, part of Malama Maunalua’s mission is to involve the community.

Since the nonprofit was founded in 2006, their team and hundreds of volunteers have removed approximately 4 million pounds of invasive algae from Maunalua Bay.

And every day, their project to make the reefs a little more resilient to climate change is paying off.

“While this is a global issue that will require governments and industries around the world, there are things we can do literally here, literally there, that will have an impact,” Harper said. .