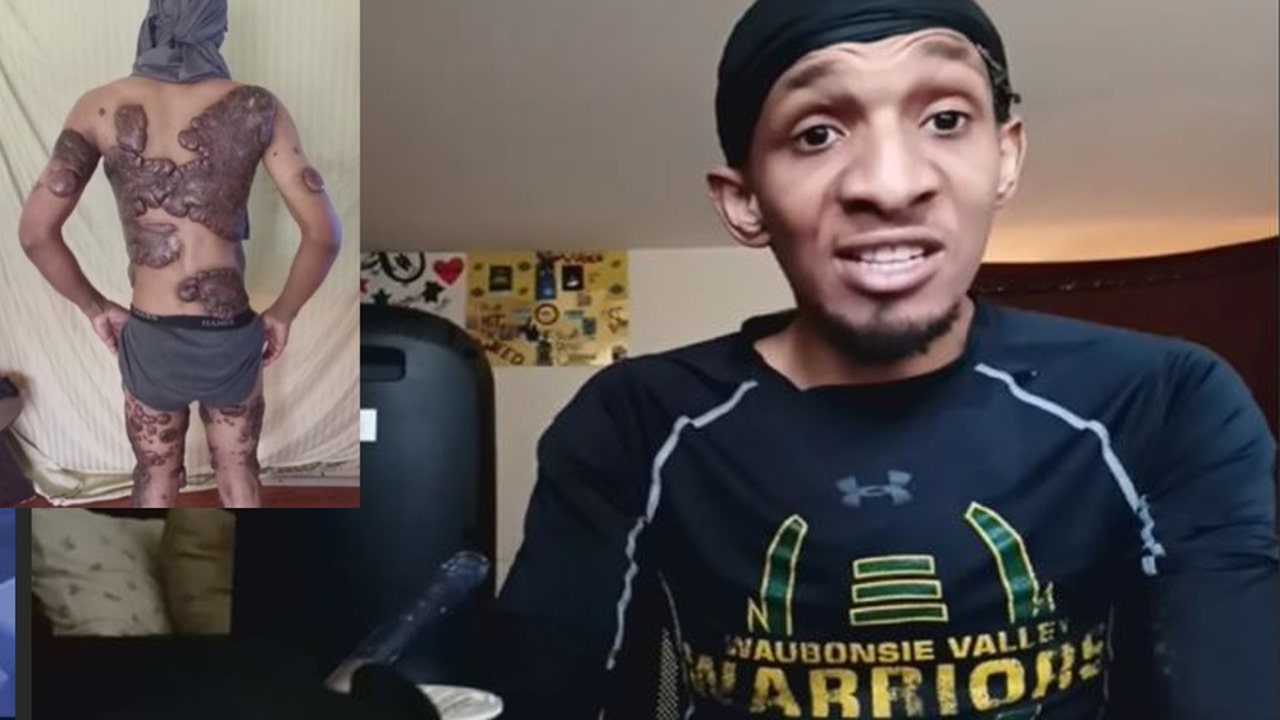 The Detroit man had worked as a certified nursing assistant, but because of keloids limiting his mobility, the 29-year-old says his job in a nursing home has become too strenuous.

FOX 2 – “It’s even hard to get people to understand what I’m dealing with,” Davontae Stewart said.

But when Davontae reveals the huge, bulging keloid scars that have spread over the majority of her body, they begin to understand. The images in this story might be difficult for some to watch.

Davontae says the scarring started when he was 7 years old.

“Me being a kid, I scratched chickenpox and woke up the next morning, and I had little bubbles all over my body,” he said.

A Detroit doctor convinced Davontae’s mother that they should have the small scars surgically removed all at once, which they quickly realized was a big mistake.

“It didn’t work and they all came back – as dots and they got bigger over time,” he said.

And Devontae says showing pictures and videos how the dense, raised scars have grown and have since merged.

“It’s spiraling out of control, it’s over 75% of my body already,” he said. “And it continues to grow and I fear for my life.”

The Detroit man had worked as a certified nursing assistant, but because of keloids limiting his mobility, the 29-year-old says his job in a nursing home has become too strenuous.

He recently moved with his wife and two youngg children to attend Universal Technical Institute in Illinois to become a diesel mechanic, but had to quit because of the physical labor.

Davontae sought help from the New York office of Dr. Michael Jones – one of the nation’s leading cosmetic and reconstructive surgeons – who is known for his keloid radiation therapy.

“I showed her and she said she could help me,” he said.

The doctor told her it was 90% effective – unfortunately the procedure that affects cells is considered cosmetic and insurance won’t cover it.

A GoFundMe account was opened to help raise money for the procedures – which are expected to cost thousands of dollars – but at this point, Davontae says – it’s her only hope.

“I’m just scared of it all – it’s not that I just have keloids,” he said. “I have keloids and they keep getting bigger.”

The link for his GoFundMe is HERE, Davontae said any help would be appreciated.