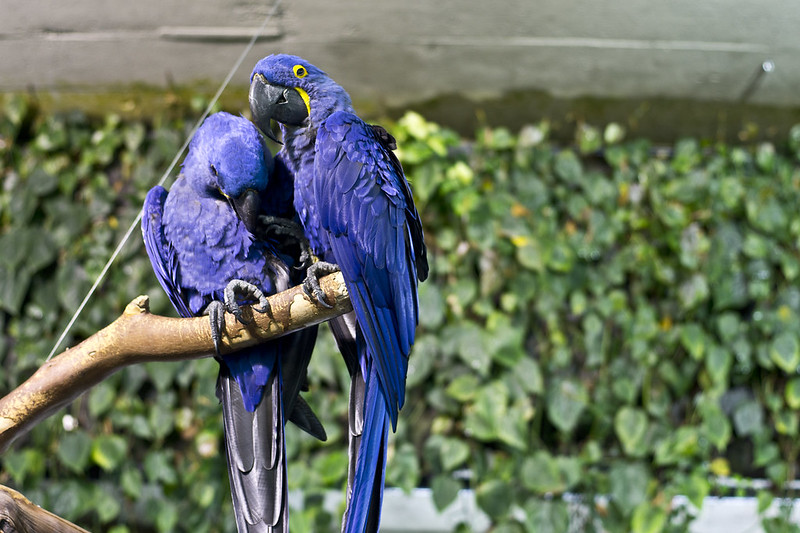 In Singapore, an illegal bird trade is thriving on Facebook and other social media.

The hyacinth macaw is one of the birds listed as vulnerable on the IUCN Red List, according to Traffic. (Photo: Ruocaled, Flickr, license)In less than 6 months, from December 2018 to April 2019, nearly 3,500 animals, almost all birds, were put up for sale in this Southeast Asian country, according to Traffic, an NGO that focuses on wildlife trafficking networks and released a new report last week. .

The animals, valued at over US $ 600,000, were posted on 44 separate Facebook groups devoted to the illegal wildlife trade.

According to the report, most of the species sold were non-native species with links to cross-border trafficking. These included parrots, finches and the Red-whiskered Bulbul which made up about a third of all birds sold.

â€œIllegal and unsustainable international trade in wildlife is a major driver of species extinction, especially in biodiversity hotspots like Southeast Asia,â€ Traffic said. â€œThe unregulated trade in birds not only depletes wild populations, but also poses risks for the establishment of invasive species and the transmission of avian diseases. “

Birds are the most popular pets in the country.

â€œIn Singapore, the legal pet trade is mostly limited to birds,â€ Traffic explained, â€œwith only a small number of reptile and mammal species allowed for sale under national law.

Only traders are required to obtain licenses to buy and sell birds. Once an illegally acquired bird is transferred to a buyer, authorities have little recourse to trace it back to its source.

This is why Traffic is calling on lawmakers to impose documentation requirements not only on traders but also on wildlife owners.

â€œImplementing a system that requires owners to register pets will increase owner accountability and allow the tracking of the bird trade on both the seller and consumer side of the trade chain,â€ Serene said. Chng, Head of the Traffic program and co-author of the report.

Facebook’s policy prohibits the trade in wildlife and many other illegal goods on its pages, but in Facebook-based marketplaces – which operate through closed or secret groups – regulation is too often meant to be imposed on less of being caught by outside watchdogs. Experts have long called on the social media giant to step up to its role as a haven for traffickers in everything from wildlife to antiques and even human remains.

Although the researchers shared the information they found with Singaporean authorities and Facebook, when they re-registered after two years in April 2021, 36 of the 44 groups were still functioning. Although 13 of them were closed, five of them simply reformed under new names. One of the largest closed groups, which had more than 18,000 members, was re-established within a week, according to Traffic.

â€œThe speed at which group admins have reformed shows how quickly the most serious traders and hobbyists are adjusting to the new situation to keep their businesses going,â€ said Traffic. â€œA long-term approach to genuinely disrupting illegal activity would require the active cooperation of social media platforms and law enforcement agencies to take concrete action against those who persist in trading in closed and secretive groups. “