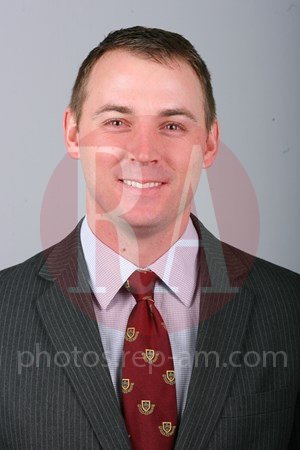 BY MARK JAFFEE
REPUBLICAN-AMERICAN
The prep school football landscape is full of former local figures along the coaching sidelines.
Watertown native and Watertown High star Tim Cary takes on the role of head coach at Berkshire School in Sheffield, Massachusetts. He succeeds Mike McCabe, a notable former Taft School and College of Holy Cross tackle.
A graduate of Fairfield University, Cary earned his master’s degree at UConn while serving as a graduate assistant football coach. He was assistant head football coach at Fordham University and co-defensive coordinator for four years before joining Trinity-Pawling School.
Cary was Taft’s defensive coordinator last season. Taking over the defensive coordinator duties at Taft is a household name – Tommy Piacenza.
Piacenza, a 2004 Taft graduate, joined the Big Red team last year as a wide receiver and linebacker coach after several years of coaching and teaching at St. Sebastian’s School in Needham, Mass. , where former Taft sporting director David Hinman holds a similar position.
“That’s a big ask since Tim was, in my opinion, the best defensive coordinator in New England,” Taft head coach Tyler Whitley said. “Tommy and I played football and basketball together at Taft. He brings a lot of energy, enthusiasm and dedication to the game and to Taft in general. He did a terrific job last year and he’s ready to take on a big role this year.
Piacenza was a starting catcher for four years at Division I Davidson College following a three-sport career at Taft.
McCabe had been at Berkshire for nine years. An undrafted free agent selection from the Green Bay Packers in 2012, McCabe’s NFL career was short-lived, however. On the first day of training camp in a 1-on-1 drill, McCabe suffered a serious injury to his left hip, which required reconstructive surgery to remove bone spurs in the joint, repair a tear in its labrum and cartilage. He joined the Berkshire faculty as a Latin teacher and also coaches athletics.
In New Haven, Prospect’s Tim Phipps is entering his eighth season at the Hopkins School. Originally from Ansonia, Phipps was a history teacher and football coach at Woodland for nearly 14 years before joining Hopkins in July 2015.
At Avon Old Farms, Jon Wholeley, a Southington native and former UConn football player and assistant coach, is entering his second season as head coach.
Wholey was a member of the UConn football team from 2001 to 2004 as a running back, joining the team as a walk-on. He then earned a scholarship and was a member of the 2004 Motor City Bowl championship team. He worked as an assistant coach at Central Connecticut State for the 2005 season, then returned to UConn as a graduate assistant coach for the 2006-08 seasons. He was part of the coaching staff that led the Huskies to a share of the 2007 Big East Championship and a 2007 Meineke Car Care Bowl appearance. He worked at Fordham University for three seasons.
At Cheshire Academy, Dan Mehleisen is the new head coach, succeeding David Dykeman. Dykeman, the CA school’s assistant principal, started at Cheshire Academy in July 2012. He joined the XFL Football League last February as Director of Football Special Projects. The eight-team league resumes play in February 2023. Mehleisen’s resume includes coaching at schools including Avon Old Farms School, Trinity College (two-time NESCAC champions), United States Merchant Marine Academy and Susquehanna University. Mehleisen was captain of a football and baseball team at Union College.