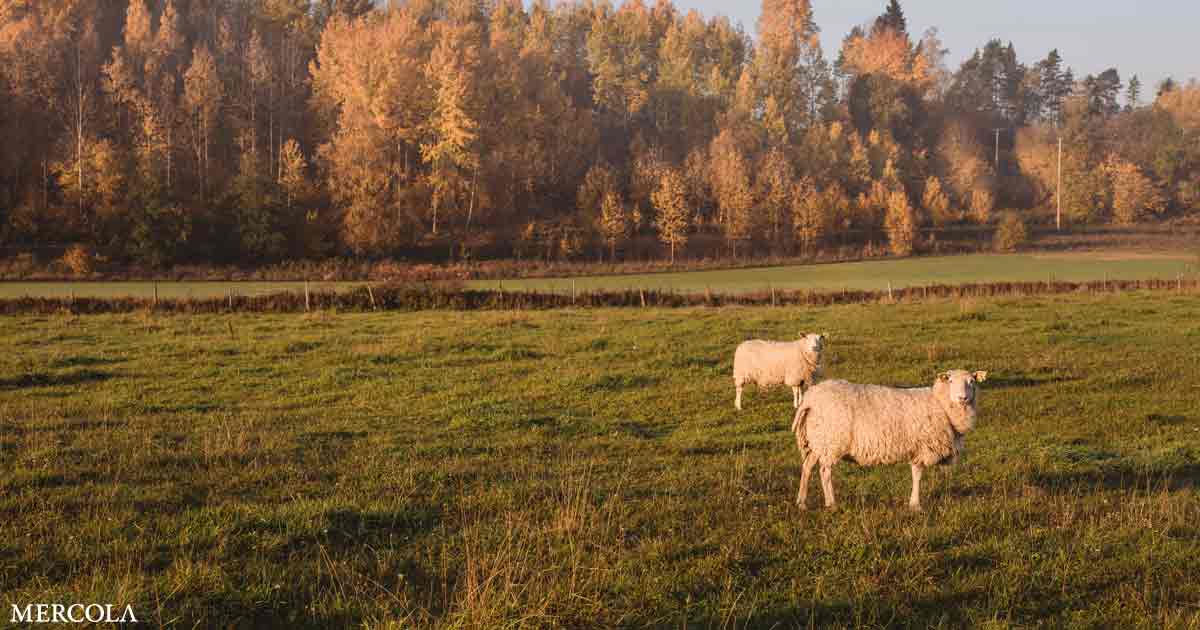 Fjällbete — A landscape for everyone

Fjällbete, a farm in Undersåker, Sweden, is making waves in its community to return to a centuries-old connection to the land – and in doing so, a new generation of young people are feeling the call to regenerative agriculture as a way to build a world better. Jörgen Andersson, who is now the driving force behind Fjällbete, comes from a conventional agricultural background – driving tractors and relying on machinery is how he was brought up on the farm.

When he was a child, animals – especially cows – began to disappear from the landscape, and their removal was accompanied by noticeable degradation of the soil. It wasn’t until later in his life that Andersson made the connection that removing animals from farming was detrimental, but when he started Fjällbete around 20 years ago he said: “People remembered the animals that were here. In such a short time, all the animals had disappeared. »1

As a regional hub of the Savory Global Network, Fjällbete is the learning site of Holistic Management Sverige – the Savory Hub in Sweden. Integrating livestock with pasture management is just one part of regenerative farming practices that allow farmers around the world to largely avoid chemical pesticides, fertilizers and other environmental pitfalls. industrial agriculture while building carbon-rich soil that improves crop health and livestock yields.

In Fjällbete, their mission is to “bridge the gap between the land and its inhabitants”2 – to restore “laghum”, an old Swedish word meaning “what works for everyone”. “Making things laghum is about tackling the distance between people and the land,” the film states,3 and it starts with the return of the animals.

“The connection here in the tourist area, there was a knowledge that the landscape was shaped by these animals, or it was an intuitive thing that when you see them in the landscape again, you felt so good,” Andersson said, and “that’s before they even begin to understand how beneficial animals are to the landscape.4

Holistic management practices recognize the complexity of living systems and the fact that animals, people, plants and more, such as fungi, must all co-exist and form interconnected relationships.

While conventional agriculture has attempted to simplify the natural world into monocultures where one crop exists at a time, at the expense of other plants, insects and wild animals, regenerative agriculture encompasses complex ecosystems and aims to work in concert with them. As the Savory Institute, which works to facilitate large-scale regeneration of the world’s grasslands using holistic management, explains:5

“The natural world is made up of beautifully and infinitely complex adaptive living systems… and how we manage decisions in the midst of complex living systems matters.

In this modern industrial age, we have all been taught from an early age to reduce a problem to its simplest components. This works for machines and other “complicated” systems whose individual parts can be fully defined, but when biology comes into play, humility and the shift from “control” to “cooperation” must also be. »

When Andersson started Fjällbete, there had been no animals on earth for 30 years. He described bringing animals back to the farm as a form of coming home – a sentiment that resonated with others in his community.

“The whole concept of holistic management is that we can offer a way of using the land that’s viable and competitive that we didn’t know before,” Andersson said. Whereas at one time Andersson was content to run his own farm in isolation from the community around him, now, he says, “the goal is not to tend to my own farm while only.”6

Instead, “Fjällbete facilitates a Nordic network for regenerative agriculture and helps people explore their ‘caring capacity’ as farmers and community builders.”7 The goal is for community collaboration to naturally trigger an expansion that heals the land and puts animals back at the center of the regeneration process.

Holistic planned grazing is key to regenerative agriculture and also to ecological restoration of grasslands because it mimics the natural predator/prey relationships that have existed in the environment for centuries.8 Andersson is now seeing an influx of young people eager to give back to the land, even if they don’t come from an agricultural background.

Maja Bohlin, a shepherdess and community builder in Fjällbete, said she felt more comfortable and happier working with the land. When people come to visit us, they get the impression that Fjällbete is more than a business, a hobby or a workplace. “It’s bigger than that,” she said.9 Animals, too, have a greater purpose, helping to regenerate the soil and thereby helping the people who live on the land.

“There are so many levels. It’s not just about helping the soil and helping the earth,” Bohlin said, “It’s also, when you see people coming to visit you, to help you move the sheep, for example , and you can see the sparkle in their eyes…these animals are truly changing the world…and to be a part of it, I’m proud of that.ten

Knowing that they are making a difference in regenerating the landscape gives meaning to life and attracts a growing number of young people to the farm. Adam Bergstedt is another shepherd and community builder at Fjällbete, who says he cannot logically explain why he had to come – “It was a deep call from the forest, from the earth,” he said .11

The connection he feels with the land guides the way he eats and interacts with the land and the people around him – and the message he shares. “A landscape that is for everyone, everyone… the cow and the goat and the bird and the insect and all the bodies, having the landscape in such a way that it is best for everyone.”12

As they bring sheep to graze on a grassy area of ​​a ski slope, Josephine Eilso Mors, also a shepherdess and community builder at Fjällbete, explains that what they are doing does not look like work: “It looks like a goal. ”13 After graduating from high school, all of her friends went to college, but she chose this more hands-on way to make a difference.

Can regenerative agriculture save the world?

Holistic management is a form of regenerative agriculture, which involves embracing the relationships between large herds of wild herbivores and grasslands, developing strategies to manage domestic livestock herds to mimic wild herds. “Holistic management is successful because it is cost-effective, highly scalable, and nature-based,” says the Savory Institute.15

Critics have raised the fact that livestock can release excessive levels of methane into the environment, but this is only a problem for livestock raised in crowded conditions on concentrated animal feeding operations (CAFOs), that maintain manure lagoons and convert forests and grasslands to corn. and soybean monocultures used for animal feed.

“It is reasonable to conclude that an intact ecosystem effectively balances ruminant methane production and degradation,” according to the Savory Institute, which continues:16

It is also a boon for food security, as it allows landowners to increase their profits and yields without jeopardizing the long-term viability of the land. According to the Savory Institute, using holistic management for field preparation of agricultural crops can more than quadruple yields, without the need for additional inputs.17

Although it may seem simplistic, moving herbivore herds has a complex and beneficial role in increasing land productivity by up to 400%, which it accomplishes via:18

Desertification, which occurs when vast grasslands are plowed up, exposing the soil and causing water runoff and evaporation, is also a growing problem. According to data from the U.S. Department of Agriculture, nearly 2 million acres of federally protected grasslands and wetlands in North Dakota alone were removed from the conservation program between 2007 and 2015.19

Holistic management and planned grazing can also help here, as they increase organic matter in the soil, helping it retain water. A 40% increase in water holding capacity has been demonstrated in a land study using holistic planned grazing.20 From increasing food security and alleviating drought to ameliorating poverty by turning poor regions into productive ones, regenerative agriculture can, indeed, save the world. As Andersson said:21

“If we want our children to have a safe place to live, what do we need to do to make that happen? … With our ingenuity and creativity, there are so many places where we can enable, support and help life on this planet.

So obviously we can make this place greener and more diverse than it has ever been before. And for me, that’s just the first step. Regenerative agriculture is the natural step for humanity to take now. It is the step forward, and there is practically no other way.

Disclaimer! Verve Times is an automatic aggregator of all the media in the world. In each content, the hyperlink to the main source is specified. All trademarks belong to their rightful owners, all materials to their authors. If you are the content owner and do not want us to publish your material, please contact us by email – [email protected]. Content will be deleted within 24 hours.

Drill to the brain