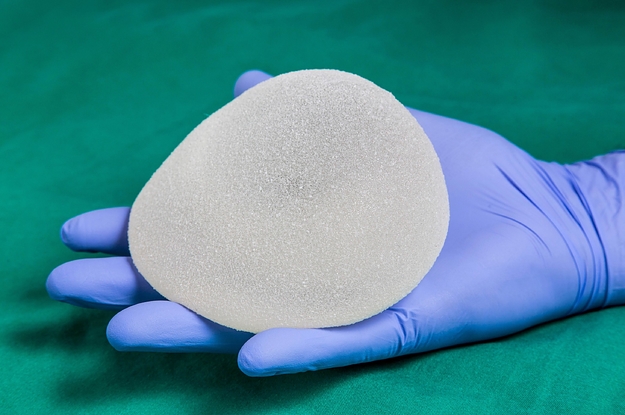 Breast implants carry inherent risks that increase the longer you wear them, increasing the likelihood that you will need to replace or remove the devices at some point.

It is generally recommended that people replace their breast implants every 10 years, but this may change depending on any problems that may arise with your implants. Otherwise, MRI scans are recommended 5 to 6 years after your surgery, and then every 2 to 3 years thereafter. (Some insurance companies will not cover implant removal or replacement, despite complications.)

“It’s not just a one-step procedure and you’ll never need to see a plastic surgeon again,” Cate said. “It’s not like getting a haircut. You may need to return to the OR more than once, which is a serious consideration.

Aside from cancer, some other complications are unexpected bleeding, rippling, scarring, and changes in the sensation of your nipples or breasts, including pain or numbness. There are other potentially more serious issues that may require additional surgery to fix, including infection, ruptures or leaks, displacement, and capsular contracture (a painful hardening of the breast around the implant).

Generally, though, “these are really safe devices and most patients have a good experience,” Broyles said. There is little data on how transgender patients fare with their breast implants, but early research shows that complications are rare and occur at the same rate as in cisgender patients.

Ruptures, for example, tend to occur between six and eight years after implantation. They can be caused by compression during a mammogram, the normal aging of the implant or, most often, damage caused by surgical tools during implant surgery.

Ruptures may not be obvious depending on the type of implant you have. Two types of breast implants are approved for use in the United States: saline-filled and silicone-filled. (The latter are more popular because they tend to look and feel more natural, especially among reconstructive surgery patients who have run out of breast tissue to deposit on implants, Broyles said. Complications involving silicone breast implants first emerged in the 1960s. Safety concerns led the FDA to issue a “moratorium” or ban on implants from 1992 to 2000, which officially ended in 2006 after receiving device safety and risk data.)

Patients with saline-filled implants know right away when their devices rupture, because it’s like a salt water balloon that deflates immediately, but when the silicone gel leaks out of an implant, it tends to stay in place without causing a change in breast shape, Broyles said.

“That’s why the FDA and plastic surgeons recommend imaging monitoring to make sure a rupture hasn’t happened,” Broyles said. “If you know you have a leak or break, I would definitely recommend replacing or removing it.”

Another potential complication that some people who receive certain types of breast implants face is difficulty breastfeeding, especially for those who have undergone mastectomy reconstruction. It’s unclear whether some of the silicone in an implant can pass through the device’s shell and into breast milk, but the FDA says at least one study shows that’s not the case.

That said, there are no groups of people (based on age, race or ethnicity, for example) who are more likely to suffer from one of these complications, said Broyles, though mastectomy patients may face greater risks for certain events because their implant surgery tends to be more invasive.

Breast implant disease is as complex as it is controversial

Then there are the more confusing symptoms that some people report feeling immediately after surgery or years later, such as fatigue, brain fog, rashes, gastrointestinal issues, hair loss, anxiety, depression, weight changes and muscle aches. Some, especially those with predisposing risk factors or an existing condition, end up being diagnosed with autoimmune diseases, such as inflammatory arthritis, lupus, systemic sclerosis, and Sjögren’s syndrome.

Clinicians call this “breast implant disease” (BII) or adjuvant-induced autoimmune/inflammatory syndrome (ASIA). While some medical professionals think BII is a specific disease, others aren’t convinced it’s real. Yet many patients, including celebrities Ayesha Curry, Crystal Hefner, Ashley Tisdale and Yolanda Hadid, have reported feeling relief from these symptoms immediately after their implants were removed.

BII is not currently recognized as a diagnosable medical condition and is not generally well understood. In a 2021 review, two researchers called it “the most controversial topic in cosmetic and reconstructive breast surgery.”

“There are certain diagnoses in medicine that can be difficult for doctors to understand because there is no imaging test or lab value. This is one of those examples where it really involves a thoughtful conversation with the patient,” Broyles said. “When I have to remove breast implants in these cases, patients often report feeling better, and I can’t necessarily explain that with a lab result or imaging.”

“But at the end of the day, my job as a plastic surgeon is to make my patients feel and look their best and if that’s a result of that interaction, then I think it’s a worthwhile effort,” said he added.

An FDA analysis of medical device reports published between January 2008 and April 2022 identified 7,467 cases of BII. Most of the patients were around 42 years old on average and developed symptoms of BII around five years after receiving their breast implants. However, the FDA warns that these numbers are likely underestimated.