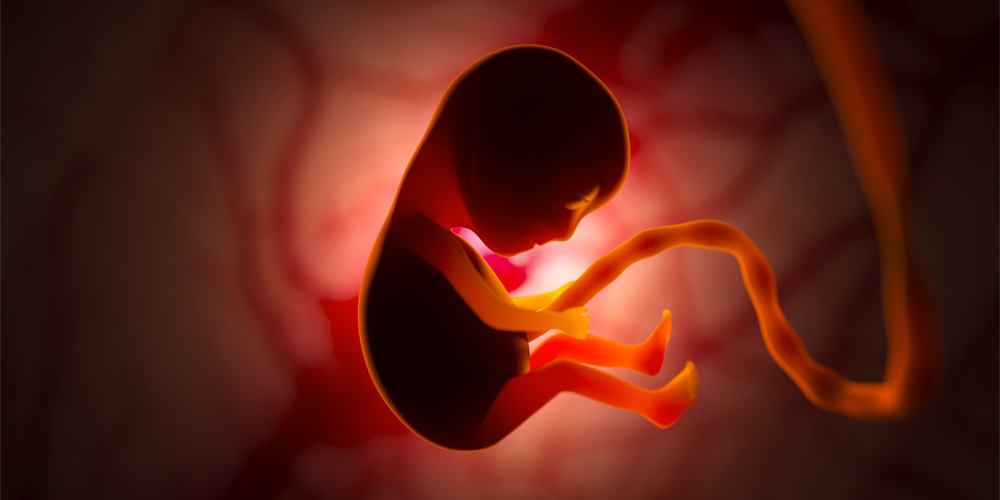 The long term effects of limited oxygen in the womb. How Alzheimer’s disease alters global proteome turnover. Spatial proteomics offers insight into the mechanisms of HIV-1. Discover the articles on these subjects recently published in the journal Molecular and Cellular Proteomics.

Limited oxygen in the womb has long term effects

Hypoxia is the state of insufficient oxygen in the tissues, and chronic hypoxia refers to a long-lasting low oxygen content in the blood. Hypoxia during pregnancy affects more than 2% of the world’s population, especially people living at high altitudes. It disrupts the development of the embryo, which increases the risk of multiple chronic diseases, including diabetes and chronic cardiovascular and kidney disease, in adulthood.

In a recent paper in the review Molecular and Cellular Proteomics, Stefan Rudloff from the University of Bern, Andrea Bileck from the University of Vienna and a team of researchers describe the effects of chronic hypoxia on the kidneys of mouse fetuses. By comparing the proteomes of kidneys under hypoxia and kidneys under normal oxygen conditions, they determined that hypoxia causes significant dysregulation of proteins related to kidney development, metabolic adaptation and premature aging. .

Nephrons are the structural and functional unit of the kidney. Under hypoxic conditions, fewer nephrons form, increasing the risk of kidney dysfunction and kidney failure in adulthood. Additionally, chronic hypoxia causes neutrophils to accumulate at sites of nephron formation, causing the tissue damage and DNA oxidation seen in hypoxic fetal kidneys.

In response to a lack of oxygen, cells attempt to adjust metabolic pathways from oxygen-dependent oxidative phosphorylation to oxygen-independent glycolysis to extract energy from sugars. The researchers observed elevated levels of the 10 enzymes involved in glycolysis in hypoxic fetal kidneys. They discovered that the Klotho protein, which functions both as a intracellular anti-inflammatory and one systemic anti-aging factor, was already down-regulated in fetal kidneys.

The authors concluded that the steps taken by fetal cells to survive hypoxia, instead of developing normally, may predispose tissues to more rapid aging in adulthood. Researchers can use the characteristic biomarkers of this accelerated aging to detect and target human diseases caused by chronic hypoxia.

The rate of protein turnover in cells depends on the rate of protein synthesis and breakdown. Depending on the tissue, proteins can have different turnover rates. For example, proteins in mammalian brains have a higher rate (minutes to days) than skeletal muscle proteins (usually weeks). Researchers believe that imbalances in protein turnover are a primary factor in common neurodegenerative diseases such as Alzheimer’s disease. Due to these imbalances, some neuronal proteins misfold and form aggregates that cannot be restored to their native form. Scientists do not yet know whether neurodegenerative diseases affect proteome turnover beyond the brain.

In a recent article in the review Molecular and Cellular Proteomics, Byron Andrews of the Medical Research Council Laboratory of Molecular Biology in the UK and a team of researchers describe their study of global proteome turnover at different stages of Alzheimer’s disease and amyotrophic lateral sclerosis, or ALS, in three models of transgenic mice. Healthy mice were used as a control for the experiment.

The researchers’ results showed an increase in overall average protein turnover at a later stage of the disease in all three mouse models. This suggests that protein repair mechanisms are increasingly active as the disease progresses. The change in turnover was limited to proteins in the forebrain, the region affected by Alzheimer’s disease. Serum and liver protein turnover were not affected. In contrast to disease models, overall proteome turnover in healthy mice showed a consistent decrease with aging. The authors attributed this to the slowing of protein degradation by autophagy with aging.

Cells are made up of organelles, compartments that perform specific tasks. Organelles need specific proteins to function, and the location of a protein in a cell provides valuable information about its function. This localization of proteins is a strictly regulated process.

In order to escape detection by the cellular immune system and continue to multiply, viruses disrupt protein localization, leading to protein inactivation and cellular dysfunction. Spatial proteomics provides information on the localization of proteins in organelles and is therefore a promising tool to understand the mechanism of disease progression at the subcellular level. The usual spatial proteomic analysis depends on the proteome of the reference organelle; therefore, it cannot be used if the proteins are translocated to different organelles. Researchers have not yet established which is the best method to study cellular disruptions caused by viral infection.

In a recent article published in the journal Molecular and Cellular Proteomics, Aaron L. Oom of the University of California, San Diego, and a team of researchers describe the use of machine learning models to analyze protein localization in various human T cell organelles containing an inducible HIV-1 genome . When these cells grew in the presence of an inducer (doxycycline in this case), the viral genome was also expressed and HIV infection disrupted the subcellular localization of proteins.

The researchers analyzed the host cell’s spatial proteomics data using three machine learning models. The performance of these models is organelle-dependent, which means that for a particular organelle, one model performs better than the others. This result suggests that researchers should choose an appropriate machine learning model to analyze spatial proteomics data of a specific organelle for the study of HIV-1 infection mechanism. This work serves as a reference for the study of viral infections as well as additional mutants of the HIV-1 genome.