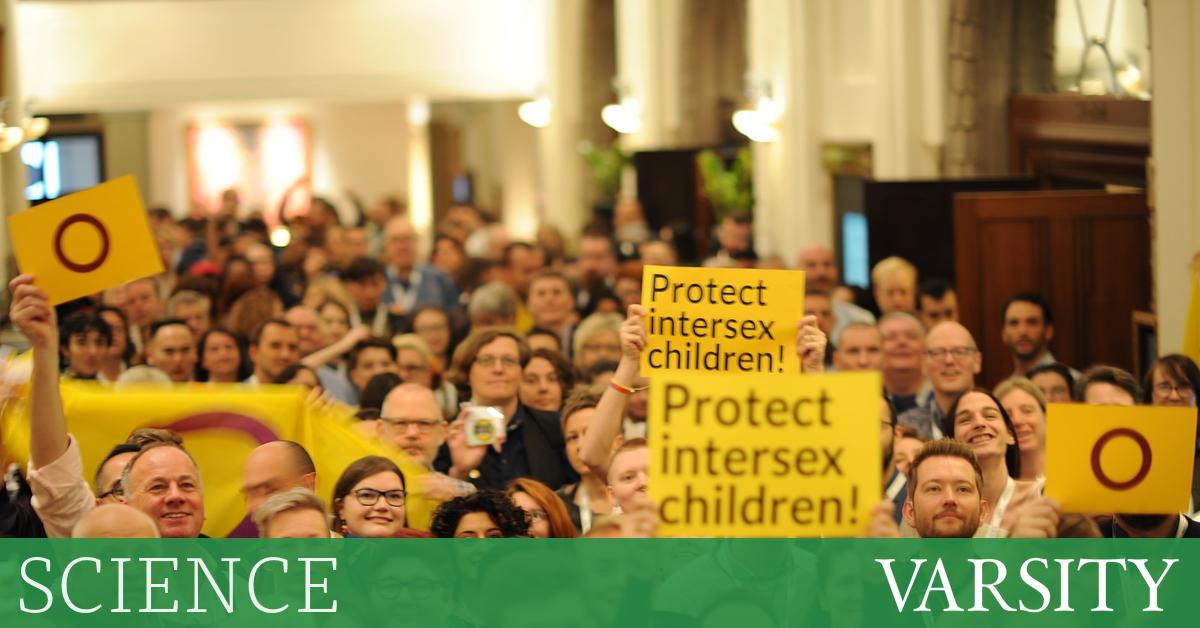 Intersexuality – you’ve probably heard of this term in the context of growing awareness of LGBTQIA +; you may have heard of it in connection with sexual testing in women’s sports. However, what does intersex or sexually differentiated differences (DSD) mean? Society is striving more and more towards inclusion and acceptance. Learning what intersex people live with and how it happens can help us empathize with them. With this knowledge, we can also understand and meaningfully contribute to ethical and political debates on intersex rights.

“Sex is therefore a biological trait and different from gender, a personal choice of identification”

To understand intersex, we must first have a basic understanding of genetics. What is the relationship between DNA, genes and chromosomes? The human genome can be thought of as a huge manual of instructions for creating a functional human being. This manual is divided into a series of individual volumes. Each volume is made up of several chapters, and each chapter contains words. Likewise, the human genome is divided into chromosomes, which are analogous to volumes. Each chromosome can be subdivided into several genes, the equivalent of chapters. Each individual gene, or chapter of the instruction manual, guides the formation of a different component of the human body. Genes are made up of DNA, just as the chapters in the instruction manual are made up of words.

There is a particular gene which determines the sex of the human being formed. He was appointed on SRY gene and can be found on the Y chromosome but not on the X chromosome. In other words, the SRY ‘Chapter’ is only found in ‘Volume’ Y. In the early stages of development, all fetuses have the same gonadal precursors, which will develop into testes or ovaries depending on the presence or absence of the SRY gene. As a result, genetic sex directly influences gonadal sex under normal circumstances.

The hormone testosterone is produced in the testes of male fetuses. It is an example of an androgen, although there are more potent androgens such as dihydrotestosterone (DHT). The physiological effects of androgens on the body are diverse: they can induce the building of muscle mass, increase the blood carrying capacity of the blood, but more importantly, they stimulate the development of the male external genitalia. Male and female fetuses initially share the same genital precursors such as the genital tubercle. However, these shared precursors later develop into male or female external genitalia depending on the presence or absence of androgens. For example, in the presence of androgens, the genital tubercle enlarges and becomes the penis in men; without androgens, the genital tubercle remains small and becomes the clitoris in the female. It should be noted that women also produce testosterone in organs such as the adrenal glands, although at a much lower level than in men.

In summary, genetic sex directly influences gonadal sex, which then directly influences anatomical sex in the average human. However, exceptions to the norm are often found in biology. Intersex individuals have a mix of genetic, gonadal and anatomical male and female sex traits. Primary intersexuality is caused by variations in the level at which genetic sex influences the development of gonadal sex. For example, SRY a genetic mutation can cancel its effects. These individuals actually have “volume” Y of the human genome instruction manual but have an error. SRY chapter. As a result, they don’t have the correct instructions for developing male gonads. Therefore, they have a male genetic sex but a female gonadal and anatomical sex. In other individuals, the SRY chapter may be mistakenly copied onto the X chromosome. As a result, they have a female genetic sex but a male gonadal and anatomical sex.

On the other hand, secondary intersexuality is caused by variations in the level where gonadal sex influences anatomical sex development via androgen signaling. Signaling consists of two parts: transmission and reception. For example, verbal communication depends on efficient speech transmission but also on receptive hearing. Likewise, testosterone signaling depends on the production of testosterone by the testes or adrenal glands, as well as the binding of testosterone to its related receptor at the level of the target organ, such as muscle. Signaling malfunction can occur at the transmit or receive component.

Equally important in sexual development is the reception of androgen signaling. In androgen insensitivity, mutations in the testosterone receptor lead to decreased androgen signaling. Therefore, people with a male genetic and gonadal sex may have ambiguous or female anatomical sex. In the analogy of verbal communication, it is akin to deafness – communication is poor when the receiver has difficulty hearing; the transmitter may speak louder to compensate, but this is not effective in cases where the receiver is profoundly deaf. Likewise, people who are insensitive to androgens usually have high levels of testosterone, but depending on the degree of insensitivity, the effect of testosterone can still be deeply blunted.

“Intersex individuals are simply born with a biological variation, similar to natural variations in hair color, size and structure of the face.”

Intersex people often face discrimination and ostracism in society due to their ignorance. With more education on what intersex is and how it occurs, microaggression and stigma can be minimized. Intersex individuals are simply born with biological variation, similar to natural variations in hair color, the size and structure of the face. Intersex rights organizations argue that approaching intersex as a medical condition is detrimental to their community; they avoid terms like ‘disorders of sexual differentiation ”. Reconstructive surgery on intersex infants and children to ‘assign’ their sex has been common practice. It is only recently that there has been a change in attitude towards the rights of the individual, who can choose to have surgery later in life or choose to accept his biological variation and stay that way. that it is.

The legal classification of people according to sex is a deeply controversial subject. Some intersex people believe they have the right to choose and change their legal gender. Some wish to be non-binary: sex is a spectrum with intersex individuals falling between stereotypical males and females. Some believe that the legal classification by sex should be completely abolished.

A better understanding of the basic science behind intersex is at the root of the intersex rights movement: this could lead to better policymaking, as more members of society can meaningfully contribute to the debates and could contribute to de-stigmatization. However, it’s important to remember that intersex individuals are more than their biological variations. Inclusion ultimately stems from the acceptance that all individuals have the right to equal access, regardless of the underlying biology.

So we depend almost entirely on advertising for fundraising and expect to have a few tough months and years ahead.

Despite this situation, we will be looking for inventive ways to serve our readership with digital content and of course in print!

Therefore, we ask our readers, if they wish, to donate from just £ 1 to help us cover our running costs. Thank you very much, we hope you can help us!

Man got his nose bitten in attack at Beaconsfield Services

Deputy right to chase a man who fled with children