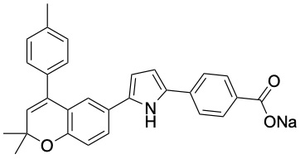 SAN DIEGO, March 23, 2022 – Women have many choices for birth control, ranging from pills to patches to intrauterine devices, and in part therefore bear the bulk of the burden of preventing the pregnancy. But men’s birth control options — and, therefore, responsibilities — may soon expand. Today, scientists report a non-hormonal male contraceptive that effectively prevents pregnancy in mice, with no obvious side effects.

The researchers will present their findings today at the American Chemical Society (ACS) Spring Meeting. ACS Spring 2022 is a hybrid meeting that will be held virtually and in person March 20-24, with on-demand access available March 21-April 8. The meeting features more than 12,000 presentations on a wide range of scientific topics.

Currently, men have only two effective options for birth control: male condoms and vasectomy. However, condoms are single use and prone to failure. In contrast, vasectomy – a surgical procedure – is considered a permanent form of male sterilization. Although vasectomies can sometimes be reversed, reversal surgery is expensive and not always successful. Therefore, men need an effective, long-lasting but reversible contraceptive, similar to the birth control pill for women.

“Scientists have been trying for decades to develop an effective male oral contraceptive, but there are still no approved pills on the market,” says Md Abdullah Al Noman, who is presenting the work at the meeting. Most of the compounds currently in clinical trials target the male sex hormone testosterone, which could lead to side effects such as weight gain, depression, and increased low-density lipoprotein cholesterol levels. (known as LDL). “We wanted to develop a non-hormonal male contraceptive to avoid these side effects,” says Noman, a graduate student in the lab of Gunda Georg, Ph.D., at the University of Minnesota.

To develop their non-hormonal male contraceptive, the researchers targeted a protein called retinoic acid receptor alpha (RAR-α). This protein is one of a family of three nuclear receptors that bind retinoic acid, a form of vitamin A that plays an important role in cell growth, differentiation (including sperm formation), and embryonic development . Inactivating the RAR-α gene in male mice renders them sterile, with no obvious side effects. Other scientists have developed an oral compound that inhibits all three members of the RAR family (RAR-α, -β, and -γ) and causes reversible sterility in male mice, but Georg’s team and their biology collaborators of reproduction wanted to find a drug that was specific for RAR-α and therefore less likely to cause side effects.

The researchers therefore looked closely at the crystal structures of RAR-α, -β and -γ bound to retinoic acid, identifying structural differences in how the three receptors bind to their common ligand. With this information, they designed and synthesized around 100 compounds and evaluated their ability to selectively inhibit RAR-α in cells. They identified a compound, named YCT529, that inhibited RAR-α almost 500 times more potently than RAR-β and -γ. When given orally to male mice for 4 weeks, YCT529 significantly reduced sperm count and was 99% effective in preventing pregnancy, with no observable side effects. The mice were able to produce offspring again 4 to 6 weeks after they stopped receiving the compound.

According to Georg, YCT529 will begin testing in human clinical trials in the third or fourth quarter of 2022. “Because it can be difficult to predict whether a compound that looks good in animal studies will perform also in human trials, we’re currently exploring other compounds as well,” she says. To identify these next-generation compounds, researchers are both modifying the existing compound and testing new structural scaffolds. They hope that their efforts will finally make the elusive male oral contraceptive a reality.

The researchers acknowledge support and funding from the National Institutes of Health and the Male Contraceptive Initiative. Georg is a consultant at YourChoice Therapeutics.

A recorded press conference on this topic will be released Wednesday, March 23 at 10:00 a.m. EST at www.acs.org/acsspring2022briefings.

ACS Spring 2022 will be a vaccination-mandated and mask-wearing event recommended for all ACS attendees, exhibitors, vendors and staff planning to attend in person in San Diego, CA. For detailed information on the requirement and all ACS security measures, please visit the ACS website.

The American Chemical Society (ACS) is a nonprofit organization accredited by the United States Congress. ACS’s mission is to advance the broader chemical enterprise and its practitioners for the benefit of the Earth and all its inhabitants. The Society is a global leader in promoting excellence in science education and access to chemistry-related information and research through its multiple search solutions, peer-reviewed journals, its scientific conferences, e-books and weekly periodicals. Chemistry and Engineering News. ACS journals are among the most cited, trusted and widely read in the scientific literature; however, the ACS itself does not conduct chemical research. As a leader in scientific information solutions, its CAS division partners with global innovators to accelerate breakthroughs by curating, connecting and analyzing global scientific knowledge. ACS’s principal offices are located in Washington, DC, and Columbus, Ohio.

Note to Editors: Please note that this research was presented at a meeting of the American Chemical Society.

Abstract
The quest for an effective male contraceptive agent began decades ago with no pills approved to date. The compounds in clinical trials are all targeted at testosterone, a male sex hormone, which could lead to hormonal side effects such as weight gain, depression, increased low-density lipoprotein, and more. Our efforts have focused on developing a non-hormonal male contraceptive to avoid the hormonal side. effects. Vitamin A has long been known to be essential for male fertility and a vitamin A deficient diet causes male sterility in mammals. A particular vitamin A metabolite receptor, retinoic acid (RARα), is validated as a target for male contraception by gene silencing studies. In addition, oral administration of the pan-RAR antagonist BMS-189453 which inhibits the activity of RAR α, β and γ leads to reversible sterility in male mice. Inactivation of RAR alpha and treatment with a pan-RAR antagonist showed no significant side effects in mice. We pursued the development of a selective RARα antagonist as a safe, effective and reversible male contraceptive agent without off-target effects on RARβ and RARγ. Based on published crystal structures of the RARα-ligand complex as well as structures elucidated by us, we considered exploiting the structural differences between the RARα, β, and γ ligand-binding domains to achieve RARα selectivity. Moreover, the structural differences between agonist and antagonist bound RARα have facilitated the design of full antagonists. Aided by all the structural information, we designed and synthesized around 100 compounds and evaluated RARα antagonist activity and selectivity using a luciferase reporter cell assay. We obtained several antagonists with single-digit nanomolar IC50 values ​​for RARα with excellent selectivity on RARβ and RARγ. A selective RARα antagonist showed good oral bioavailability and desired pharmacokinetic properties in mice, and upon oral administration showed complete inhibition of embryo formation in mating studies. Modification of the active compounds is in progress to obtain additional potent and selective inhibitors with good pharmacodynamic and pharmacokinetic properties.

Warning: AAAS and EurekAlert! are not responsible for the accuracy of press releases posted on EurekAlert! by contributing institutions or for the use of any information through the EurekAlert system.